Passenger Vehicle Sales Records a Decline of 17 Percent in April

With the election in India, the purchases of vehicles get affected with negative impact in sales across all vehicle categories in the first month of the financial year 2020. Not even this, the passenger vehicle segment also indexed a substantial de-growth in sales in April 2019. And the reason being considered behind such decline is subdued buyer interest and poor market sentiments due to the undergoing general elections.

Other than this, the slowdown continues from the festive season of FY2019 and experts believes that there are fewer chances of any improvement in sales until the next quarter of the progressing fiscal. Wherein the factors like high fuel prices, low availability of funds and raising acquisition costs are led to disinterest in most rural places. While the shared mobility has become more convenient for urban customers which are slowing down the new car ownership in the country’s key Tier 1 cities.

In the sales performance of last month, almost all the significant vehicle segment registered low sales. The passenger vehicles (PVs) and two-wheelers recorded a double-digit dip in sales. Overall, a total of 2,47,541 units were sold with a de-growth of 17.07 per cent from the recorded sales of 2,98,504 units in April 2018. The cumulative sales in all vehicle segment stood at 20,01,096 units that are 16 per cent down from the 23,80,294 units dispatched last year. 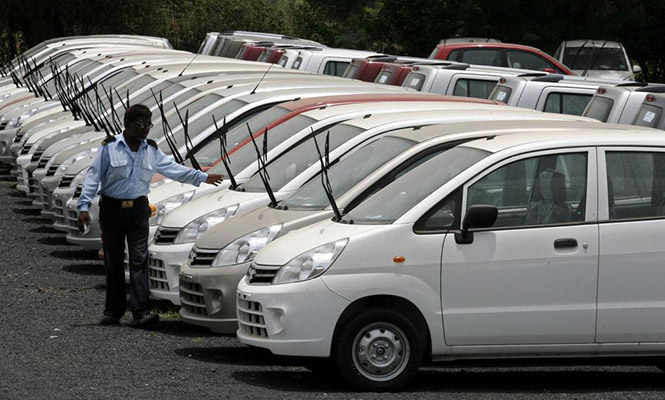 The PV segment gets a sigh of relief only in the export market where it registered an increase of 11.6 per cent on a year-on-year basis.