Last week, we had witnessed some spy shots of the next-generation Renault Megane that hinted some of its outlines. While the whispering wind among the consumers has not even finished yet, it has been surfaced again on the internet. This time, the owner's manual complying the images and details of the Megane Sedan has slipped out on the web beneath the courtesy of RNews.

Going by the leaked brochure, the vehicle measures 4630 mm in length, 2058 mm in width and 1443 mm in height. It offers a wheelbase of 2711mm. Based on the same CMF platform, it will come out with the fresh Renault face and also share some design cues with company's latest avatar of the Megane hatchback.

Some of the features have also been unveiled by the sketches that are- new grille at the front with larger Renault Lozenge and LED headlamps with LED daytime running lights strips. 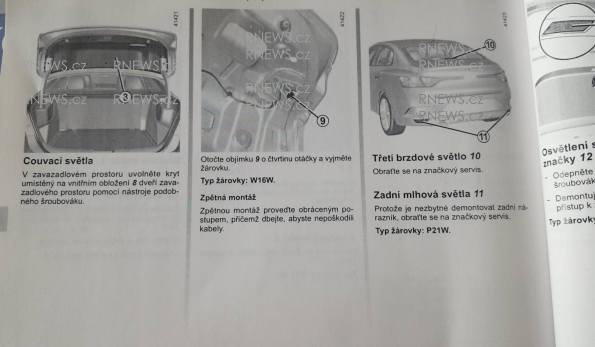 You may also like: Watch the Utmost Battle of Machines: Nissan GT-R - The SuperCar v/s The Drone

Also the new Megane will run on the same platform as of hatch it might get powered by the same powertrain in both petrol and diesel engine versions. In addition, a diesel hybrid is also expected to be introduced later.

Media is also flooded with rumours that the upcoming Megane will take the place of current Fluence from the company’s range. Nothing has officially been said by the company yet, but it is expected that the carmaker will organize its debut at the upcoming Paris Motor Show or later this year.