Volkswagen is well aware of craziness for cricket in India and the fact that anything associated with cricket will surely benefit the business. With such a mindset, the German carmaker had already introduced a special edition of Vento during IPL session. And, once again, VW brought in the special Cup Edition of the Polo, Ameo and Vento models with the start of ICC World Cup 2019. In terms of pricing, the Cup Edition of Polo, Ameo and Vento undercut their comfortline variants they are based on, with the tagged price sticker of INR 6.49 lakh, INR 6.19 lakh and INR 9.24 lakh respectively. All the prices are applicable at ex-showroom, PAN-India. 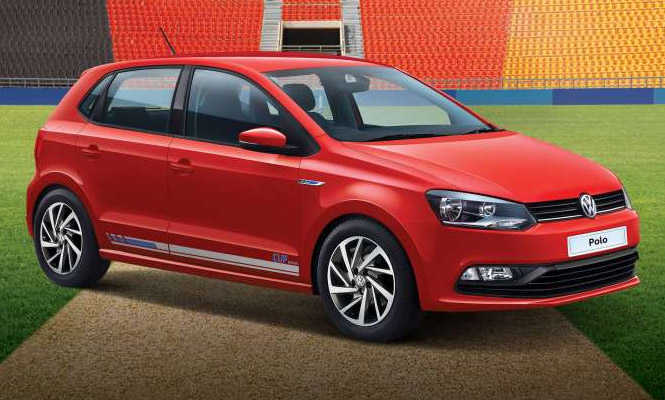 In its initial phase, the Polo and Ameo Cup Editions will be provided only with the 1.0-litre, three-cylinder petrol motor under the hood. The motor is said to churn out 76hp and 95 Nm of torque via a mated 5-speed manual gearbox transmission. While the Vento Cup Edition will only be powered by the 1.6-litre four-cylinder petrol engine. The engine which is rated to develop 105hp and 153Nm with the support of same above-mentioned gearbox setup. These Cup Edition models are expected to get diesel engine options later in time.

At the rivalry front, the Volkswagen Polo competes with the players like the Hyundai Grand i10, Maruti Suzuki Swift and Ford Figo while Ameo locks its horns with the likes of the Hyundai Xcent, Maruti Suzuki Dzire, Honda Amaze and the Ford Aspire. The Vento, on the other hand, goes against the models like the Skoda Rapid, Honda City, Hyundai Verna and the Maruti Suzuki Ciaz in mid-size sedans segment.

To recall, the ICC World Cup 2019 is going to begin from today, May 30 and England will fight against South Africa in the opening match.

Volkswagen To Pay More Than 171 Crore As Penalty in India: Check out Why
Views: 2081