Subscription Based Ownership by Toyota Under Works

Leading car manufacturing Japanese company Toyota has launched Kinto - a unique platform for subscription-based operation and utility of the car. After witnessing favourable outcomes of these services in India and an ongoing trend of mobility sharing, especially among modern generation, Toyota wants to germinate its idea of introducing the same in the Indian market as well with the distant dream of achieving a milestone in it.

“It’s slowly going to come because what I see is that on adaptation on the technology front and this type of out-of-the-box thinking, we get a lot of interest,” says N Raja, deputy managing director, Toyota Kirloskar Motor.

The idea of subscription-based ownership plan has already been invented and circulated by Toyota’s fellow Japanese car inventor, Nissan for its newly introduced Kicks SUV while MG Motor India has joined hands with self-drive rental service provider Myles to provide a similar service for its first two models.

The characterisation of car as the symbol of status and product of delivering convenience in journeys within and outside the city has given a boost to these business innovations which offers shared mobility, self-drive rentals and subscription-based ownership. The new trends seem to dominate a major portion of metropolitan markets mainly because they have a large number of easy & early adopters within its population.

Read Also:- Toyota has brought new G Plus variant for the Innova, in 7-seater and 8-seater

Zoom car is a good example of a self-drive rental service provider, which is witnessing this kind of flourishing trends with its augmentation in fleet size from 7,000 vehicles to 1,00,000 vehicles within the period of 3 years. Its subscription-based car ownership service has discovered over 8,000 subscribers in 11 months. This is clearly indicating the change in car ownership in India and its mature trend. 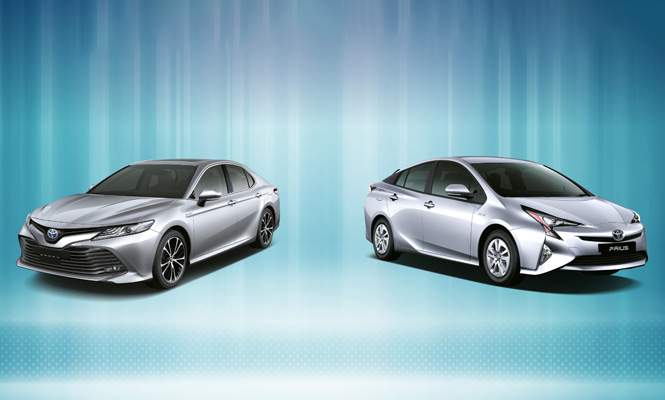 “We as manufacturers and people like Greg Moran (Zoom cars co-founder) will be the catalysts to move it fast,” “I look at it something like a two-day test drive for them,” says Raja. Raja takes this adaption as an opportunity to exhibit and advertise the hatchback with the demo.

“2019 will slow down as some fleets reach maturity level and utilization levels have peaked. They (service providers) have clearly stopped burning cash,” says Raja. According to Raja the cultivated trend of sharing mobility devoted increased sales in the car industry’s during the initial years, while this may not be the same in the year 2019.

Toyota Is All-set With Both Hybrid and Electric

Toyota intends to serve the costumes while taking care of the environment and for that, it has already adopted the hybrid technology to safeguard the eco and environment .As far as electric vehicles are concerned, Toyota developed a full-electric car in 2012. Raja says, “When it becomes viable, products will come. Today the challenge is a range, price, and infrastructure.”

With the acceptance of the fact that electric is the future, 30% of the passenger vehicle market in India is expected to be electric by 2030. Toyota wants to come with hybrid and full electric vehicle which is practicable with Government’s support.

Read Also:- New-Gen Toyota Camry is Now Made Available At The Dealerships

Toyota behests policymakers to make regulations for eco and environment-friendly vehicle drives. Toyota is all-set with these advanced vicissitudes , and hopes to implement them within their hatchbacks in the near future.