Every spied image, which has been captured till now of the upcoming TVS Apache 200 is attired with a blue livery to conceal the design of the bike from the curious visions. As the Tourer is about to launch soon, a sprinkling of new spy shots has been captured showing the absence of its blue avatar, which now delineates a much more clear picture of the motorcycle. Final launch date of the Apache 200 is set on the nearer January 20th.

The new Apache 200 is motivated from the Draken concept, which was first incepted in 2014 Delhi Auto Expo. The design structure of the Apache series has not been touched at all, while the production specs are similar to the one on the Draken model getting an identical fuel tank, 10 spoke alloy wheels and petal disc. The fuel tank has been featured with functional air vents for sending the airflow on to the engine, and therefore keeping it cool. 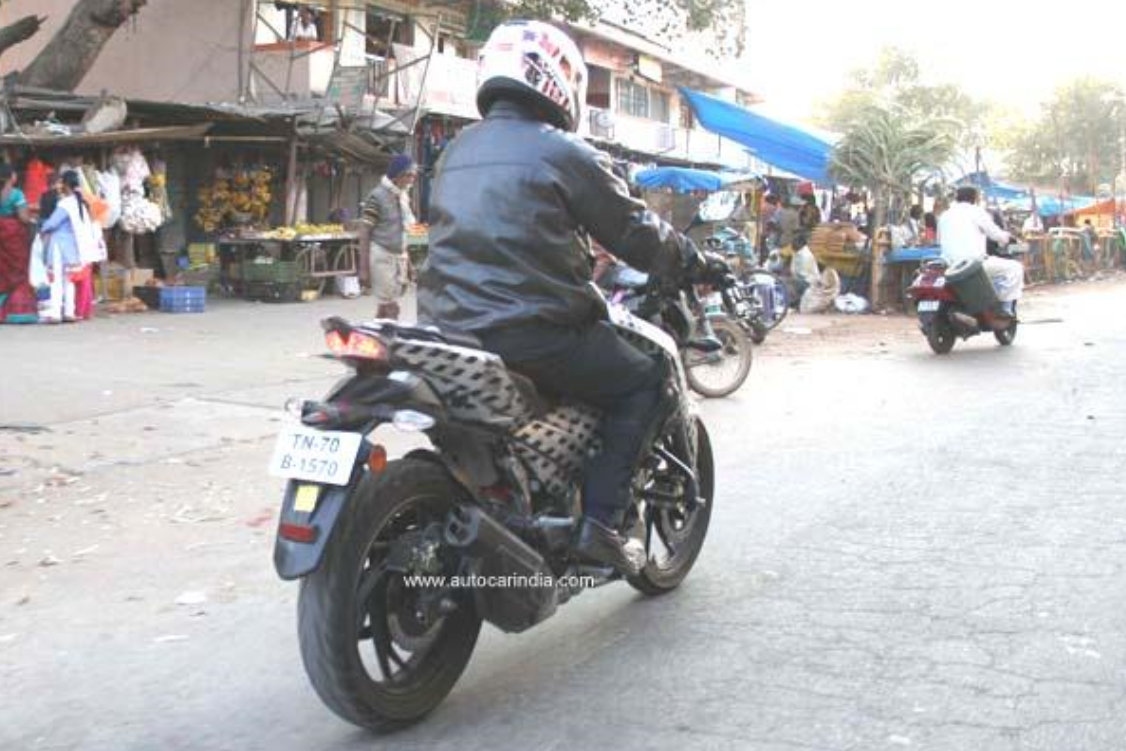 Mechanically, the bike is powered by a carburetted single cylinder 200 cc air-cum-liquid cooled 4 stroke engine, which makes out approximately 26PS of peak power and 22NM of peak torque. The motor is paired with a five-speed transmission. Suspension duties are performed by telescopic forks up front while the rear features adjustable monoshock, established on a Double Cradle Synchro Stiff chassis. The motorcycle is equipped with 17-inch 10 spoke alloy wheels at the front and17-inch rim at the rear. Sadly, the Indian model of the Apache 200 is not expected to get Pirelli tyres, which were captured on the Indonesia-spec model.

Speaking about the price, it is expected that the much awaited roadster is set for a price between INR 85,000 to INR 95,000. This inflated price tag is there because of the bulk amount paid in the engineering of the bike rather than putting on the body graphics. For more details, we have to wait till the 20th of this month.