Volkswagen India has launched the 2016 Preferred Edition of Vento sedan. This special edition costs INR 50,000 over the model price and mainly aims at the corporate buyers. The German auto major has added several new equipment on the new edition, while mechanically the car remains identical to the standard model.
The equipment list on the preferred edition includes new alloy wheels, a blacked out roof, side body mouldings, leather upholstery, a reverse parking camera and a portable navigation system.
Initially, Volkswagen confirmed that the Preferred edition will be introduced only on the mid-level comfortline variant, but as per the company official’s statement, this special edition is being offered across all the variants of the Vento sedan. 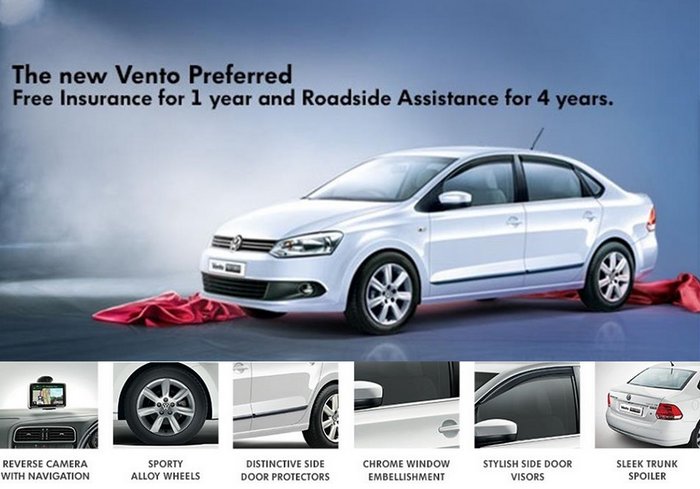 Moreover, the preferred edition is also available with all the powertrains (engines and gearboxes) offered with the Vento. However, it is not confirmed whether the car gets the updated more powerful 110 hp diesel engine that was recently added to the Vento line-up.

P. S. - Back in 2014, the German auto maker had also launched the Vento Preferred Edition, that was an attempt to clear the remain old stocks by adding new equipment and marketing it as a special edition to lure the buyers.
Get latest and updated information about automobiles on our Google Plus Community Speed Gears.

Volkswagen Vento Cup 2016 Finale To Be Hosted At The BIC, Greater Noida
Views: 1080