The day has come, with the speculations ending up and summing up the launches. The 9th September, most awaited event of Apple, as Big Apple Event is here with the new launches to furnish the Apple devices. The months of rumors end up with the announcement of iPad Pro by the juggernaut. On the great launch, the Apple's CEO, Tim Cook says, “it's the biggest news in iPad since the iPad”. 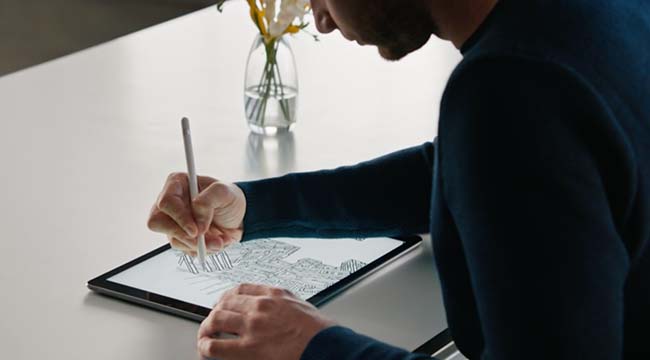 The iPad Pro has a 12.9-inch display with 2732*2048 resolution having pixel density of 264 ppi. It features iOS 9, latest in the market. The pace maker is so huge that Apple's Phil Schiller says, “It can do things that a smartphone doesn’t do because it doesn’t have to sit in your pocket”. For the first time, the company has placed a variable refresh rate, that helps in saving battery. The device nudges concept of iMac with Retina 5K display. It runs on A9X processor with 10 hours lasting battery persisting the ability to edit three streams of 4K video simultaneously. 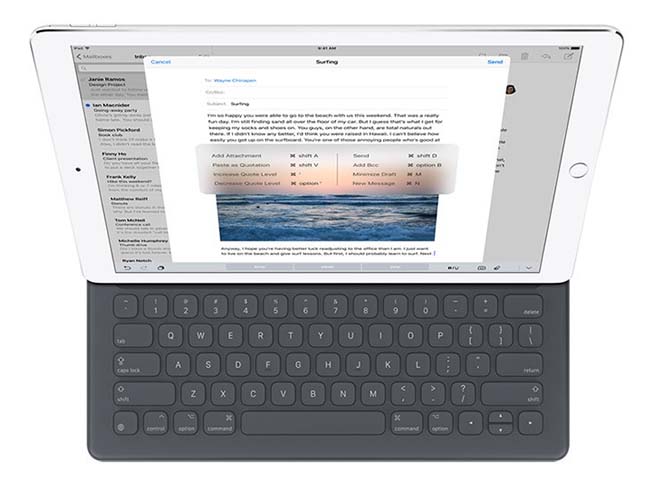 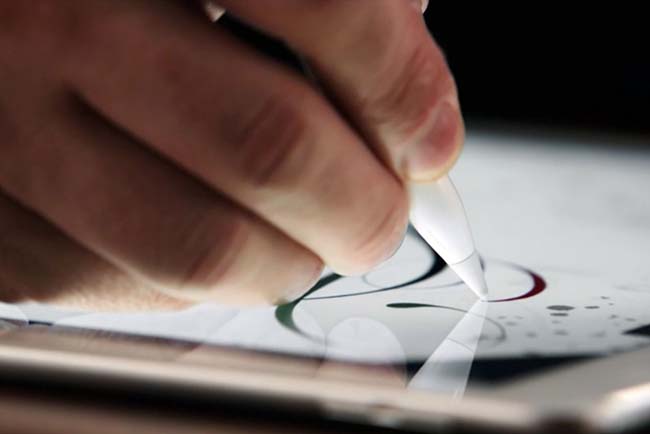 The device has a four-speaker audio system integrated to provide a sound effective device. Not only this, the device is featured with a detachable Keyboard along with a Smart Apple Pencil. Forgetting the concept of the Surface Keyboard by Microsoft, the company has unveiled a fabric coated Keyboard that can be hinched to the iPad by the three Smart Connector dinged on the surface. Along with this, Apple Pencil acts as a Stylus for the device. It has a sensitivity sensor plugged in, that helps you to ask for a light stroke for thinner view and hard stroke for wider. It helps in improving the accuracy of the system and can be charged with Lightening Connector for 15 seconds to last for 30 minutes. 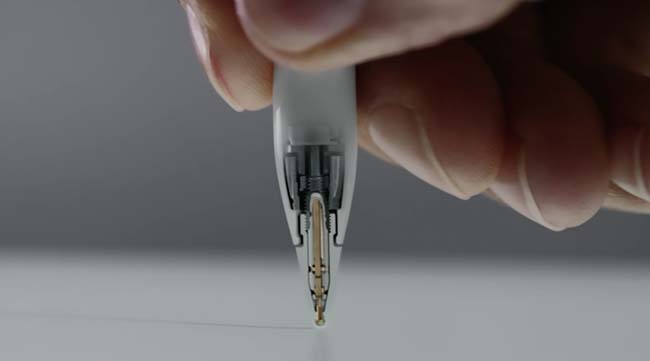 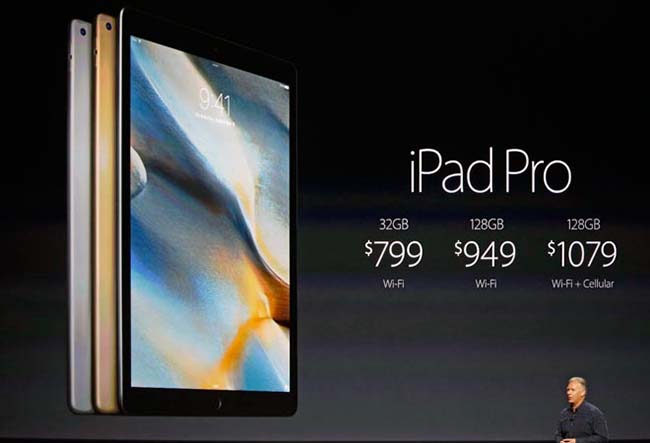 The new launch supports various applications like Adobe Photo-shop Fix, Adobe Sketch and many more. It includes a Touch ID sensor with LTE support. With the announcement of the device, the company has planned to come up with the device in November in silver, gold, and space grey finishes. The snapper's edge is integrated with a highly flavored 8MP iSight camera at its rear end and a FaceTime HD Camera at the front. The 32GB variant will be costing $799, while 128GB version is priced at $949. The major concern is on the LTE support issue, that costs $1,079 for 128GB variant. Along side, if you want the accessories with it, you'll need to pay $99 for the Pencil alone, and $169 for the keyboard.