To introduce a peerless design in new directions, Lenovo has brought a laptop that is baptized as Yoga 3 Pro. Manifestly, people are crazy over double-jointed computing devices in these days and the firm has unpacked this device to fulfill their demand. Here, the most striking and distinctive feature is its metallic hinge, whereby its screen can be folded-over to full 360-degree as well as the device can be converted into a tablet.

Apart from a flexible hinge, the laptop also packs plenty of novel attributes in its thin frame. By taking a glance on the texture, then it has a weighing of 1.19Kg along with a mere 12.8mm thickness that makes it 17% lighter and 14% thinner than its predecessor:Yoga 2. To be a predominant gadget in design, it bears a 13-inch QHD+ display with Corning Gorilla Glass protection, which gives an aesthetic vibe. It provides a pixel resolution of 3200x1800p for a high-class experience. 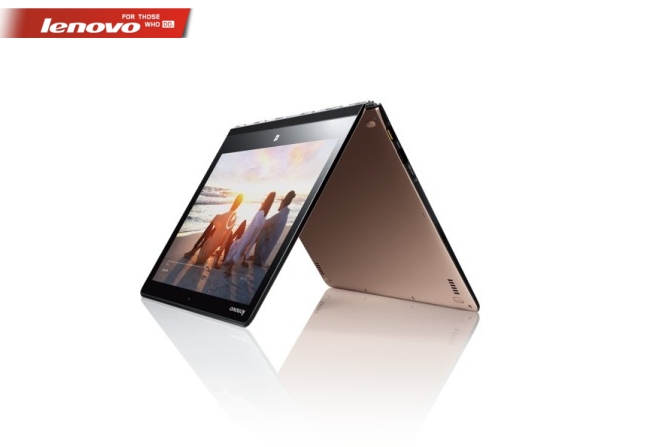 The innovative as well as eye-catching part is system's fanless design with the inclusion of Intel's Broadwell-based, Core M 5Y70 processor. Here, its dual-core processor is clocked at 1.1GHz operating frequency. Lenovo Yoga 3 Pro is armed with Intel HD Graphics 5300 alongside an 8GB of RAM with a 256GB SSD.

As per the company, the device will be available in two variants on the OS front such as Windows 8.1 64 or Windows 8.1 Pro 64 options. Moreover, the laptop in integrated with a 4-cell 44.8 Watt Hour Li-Polymer battery that is quoted to deliver a 9-hour of life span. On the connectivity front, it renders Wi-Fi 802.11ac and Bluetooth v4.0 functionality. 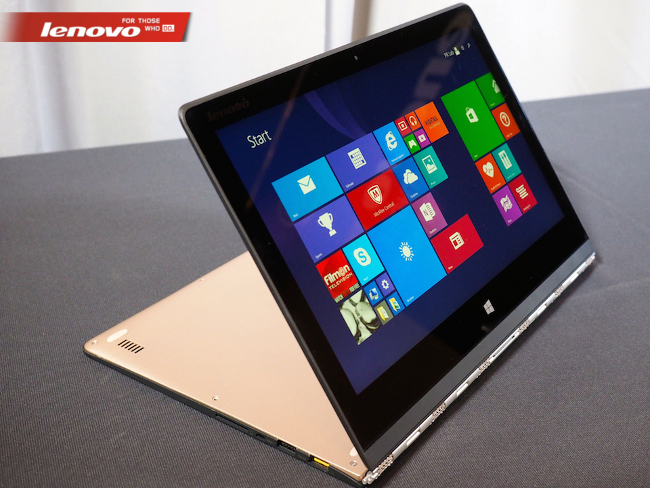 However, this top-notch gadget will be procurable in Clementine Orange, Platinum Silver and Champagne Gold shades. At this place, Lenovo Yoga 3 Pro has been listed on official site with a price tag of $1,349.99 that is approximately Rs. 82,500. It is expected to hit the shelves of retail stores in the end October, which might beat HP Pavilion x360 that is a most favored one in series of convertible laptops.