Adcom KitKat A54 at Rs. 5,599, another blob in Budget Smartphone Market

On Wednesday, a leading IT company Adcom has come out and brought a new smartphone which is named KitKat A54. The name of the device gives the clear indication of its Android KitKat platform support. Presenting it at Rs. 5,599, Company has added one more handset in the fray of budget Android KitKat smartphones.

The initial sale for this handset will begin on November 30 and Snapdeal will be selling it exclusively. However, the device can also be purchased by other online and offline stores. It has a 5-inch FWVGA IPS display that offers 480x854 pixels screen resolution. Powering the Adcom KitKat A54, quad-core Mediatek MT6582M processor is clocked at 1.3GHz that is enough to boost the performance efficiently. 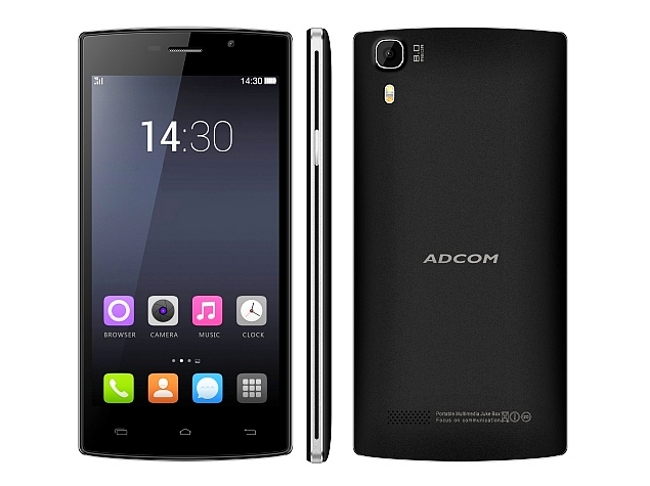 Providing 1GB of RAM in this budget handset, the tech giant has done a very good job. To make your every moment picture-perfect, an 8-megapixel Autofocus camera is carved on rear side with flash. On the front panel, a 3.2-megapixel shooter is also crafted so wonderfully to bless selfie enthusiasts. Offering such great features at this low price, Company seems ready to compete with other tech giants like Motorola, Samsung and many more.

Adcom KitKat A54 is paired with 4GB built-in storage and also supports microSD card which can store upto 32GB data. It is fueled by a 1750mAh Li-ion battery which can offer a long life to this smartphone. For connectivity purpose, it has 3G, GPRS/ EDGE, Wi-Fi 802.11 b/g/n, Bluetooth, FM radio, and Micro-USB. It comes in Black and White colors. A free screen guard and back cover are also offering by the Company along with this handset.

Earlier the mobile maker had announced KitKat A40 smartphone which is also a budget offering at Rs. 4,500 price tag.