The Taiwan based Electronics Company, Asus has announced its novel scion of ZenFone family: ZenFone 2 at ongoing CES 2015. Apparently, Consumer Electronics Show has recently relished the zest of flagship smartphone, note-perfect: LG G Flex 2 as well as several upcoming high-end devices of leading brands such as Samsung Galaxy S6 and HTC Hima are expected to come soon to heat up this competition. But despite all, ZenFone 2 has managed to grab the heed of event by incorporating flashy specifications.

Talking about newly-launched gadget, mobile is engineered with a 2.3GHz 64-bit Intel Atom Z3580 quad-core processor and fueled by a 3000mAh battery. Here, it's decked with fast-charging technology, whereby phone's battery can be recharged upto 60 percent in just 39 minutes. Glancing at display, mobile bears a large 5.5-inch full-HD IPS display with Corning Gorilla Glass 3 that delivers a pixel resolution of 1080x1920p and pixel density of 403ppi. 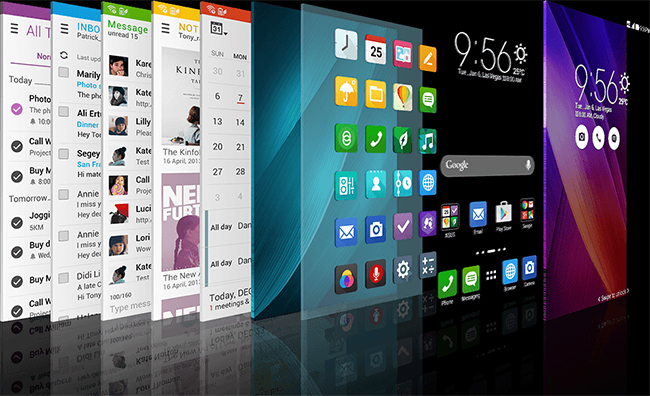 In terms of memory, device has been designed in different configurations, so that consumers can select appropriate model according to their need. At this place, gadget comes with 2GB RAM and 4GB RAM option as well as prospective buyers can pick among three inbuilt storage models: 16GB, 32GB and 64GB. Its internal memory can also be expanded upto 64GB via a microSD card.

As per company, Asus ZenFone 2 will go on sale by March with a price tag of $199 that is approximately Rs. 12,600. Also, smartphone will be available in various shades such as Ceramic White, Glacier Gray, Glamor Red, Osmium Black and Sheer Gold. Click Here to get more updates of CES 2015.