The dominant name in the mobile manufacturing, Nokia seems to make a surprising entry in the gadget market. The Company which had been acquired by the Redmond based Microsoft earlier, has decided to give it a new start with unbelievable incorporation that will put your eyes on stalks. The latest news has revealed that the ‘Old-yet-Powerful’ king is planning to develop a new smartphone which will support Android platform.

After Microsoft acquisition, how could it possible for this Finland-based former leading Mobile Company to make a device with some other platform support? I make all unawares clear that Microsoft had not acquired the whole Nokia Company. One part of this old player is still active separately and working on some projects. According to the acquisition deal, Nokia cannot manufacture own devices until 2016, but it doesn’t mean that it is not allowed to put its name on other devices which will run on some other OS. 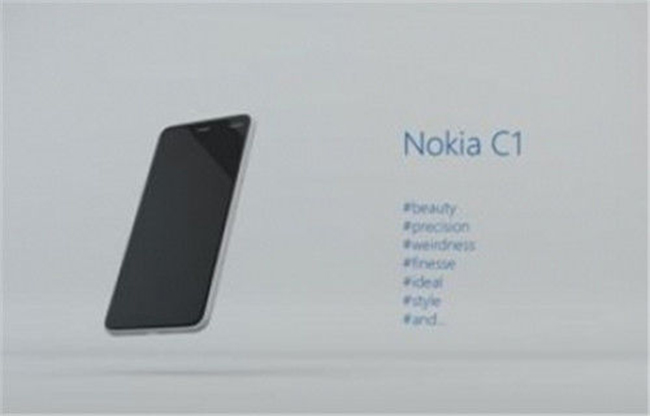 Maintaining the pledge with Microsoft; Company has decided to make Android powered smartphone which is allegedly called as Nokia C1. A leak has spilled the beans and revealed the name and details of Nokia’s upcoming smartphone. However, the former tech giant had brought an Android tablet earlier, the Nokia N1 and now we will see the Nokia C1 – an Android smartphone. That tablet was actually developed by Nokia but manufactured by Foxconn.

Well, come to the leaked image again that is showing the impressive smartphone with its name. Its design seems identical as N1 and is also expected to come equipped with high-end specs. It is said that this rumoured smartphone will run on Android 5.0 Lollipop and will come preloaded with Nokia’s Z Launcher on top. It is said to have a 5-inch display, 2GB RAM, 8MP rear camera, 5MP front camera, 32GB storage, and Intel’s chipset.

It is also speculated the purported Nokia C1 will also be manufactured by Foxconn like N1 or some other 3rd-party makers will get this initiative.

Debut of Nokia 6.2 is Expected This Spring at a Mid-range Price Similar to Nokia 6.1
Views: 541