The Lenovo-owned Motorola has faced another leak in which a new Moto smartphone named Motorola XT1650 has been spotted on the Geekbench benchmark listing. The online listing has revealed major specifications of the handset and is also claimed that the Motorola XT1650 is basically the code name of Moto Z (2017). As per benchmark posting, the claimed Motorola XT1650 will include Qualcomm Snapdragon 835 SoC combined with 4GB of RAM and operates on Android 7.1.1 Nougat. The handset has scored Single-core score of 1930 and Multi-core score of 6207 in the tests that were performed on Saturday.

The posting was initially spotted by Android Pure and it asserts that the rumored mobile might be the Moto Z (2017). One must take into account that these all information are based on online leaks so shouldn't be taken very seriously, as nothing has been officially said by Lenovo. 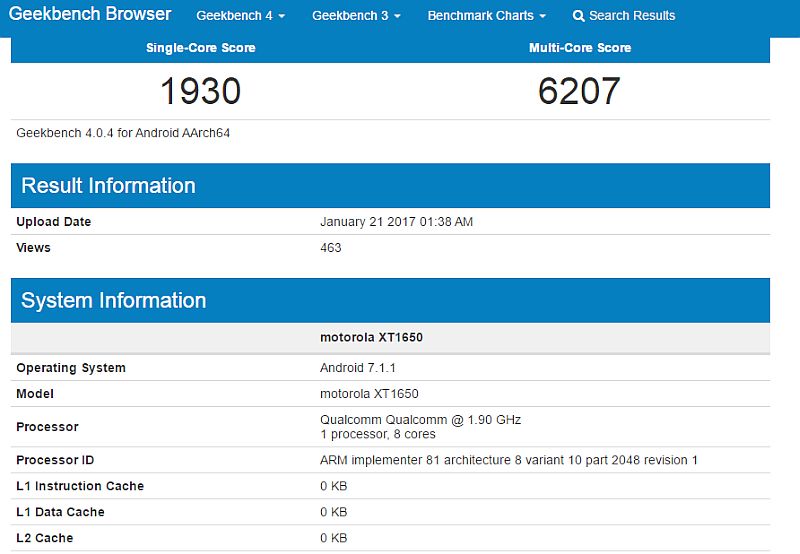 It must also be noted that recently Moto G5 Plus was spotted in a benchmark leak. According to benchmark listing, the Moto G5 Plus is claimed to feature a 5.5-inch full-HD display with a pixel density of 403ppi and will be powered by a Snapdragon 625 processor. The handset is further rumored to come with 4GB of RAM and 32GB storage. The benchmark also tipped that the Moto G5 Plus will operate on Android 7.0 Nougat and on the camera front, the smartphone is said to sport a 12-megapixel rear camera and a 5-megapixel selfie camera. Lenovo has officially announced that at MWC 2017 the company will unveil upcoming Moto G5 and G5 Plus smartphones. 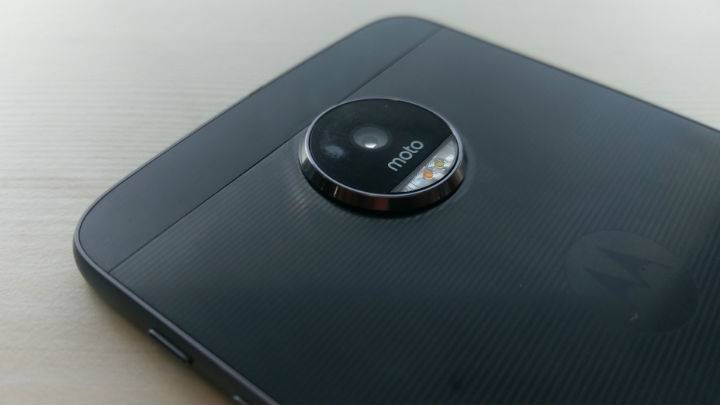 Moto G7 and Motorola One Launched In India With Dual Rear Camera And 4GB RAM
Views: 1039