In spite of being relatively new in mobile industry, Lenovo has brought a plenty of well-designed smartphones paired with eye-catching specs, where A6000 and handsets of Vibe series are quite praiseworthy. A while ago, Chinese giant had appeared in tidings by releasing a teaser poster related to launch of A7000 (world's first mobile with Dolby Atmos technology) in India. And now, it is intended to more diversify the lineup of A series, where emergence of an unofficial gadget: A7600-M over global village clearly reflects firm's objective.

By the courtesy of a Chinese website: mobile-dad.com, some images of this upcoming mobile phone have come into view, whereof almost specifications had been disclosed by a well-known Certification Center: TENAA in February. If the reports are to be believed, Lenovo A7600-M will be loaded with Android 5.0 Lollipop with company's own VIBE UI 2.5 and it will support 4G LTE connectivity.

Glancing at display, device will bear a 5.5-inch TFT display that will confer a pixel resolution of 720 x 1280p. The phablet has been claimed to be powered by an octa-core 1.5 GHz MediaTek MT6752 processor. And, it will incorporate 2GB RAM to take the full advantage of this multitasking SoC. On Storage front, forthcoming scion of corporation will be arrayed with 8GB of internal memory, which will be expandable via a microSD card. 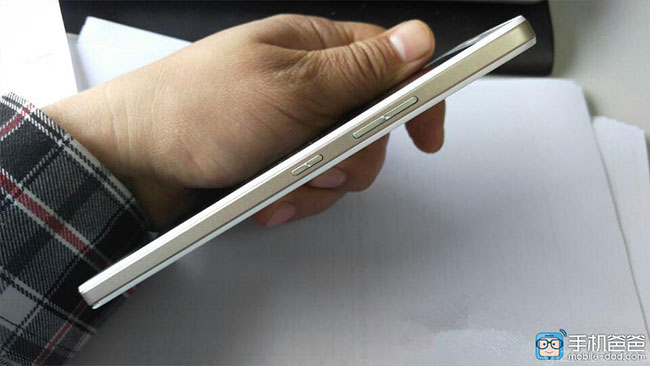 The unannounced gadget has been said to be fitted with 13-megapixel main sensor with LED flash alongside a 5-megapixel selfie snapper. Rest of the specs include, 3,000 mAh battery and dual SIM card slots. Notably, multiple sources are suggesting that Lenovo A7600-M measures 152.4 x 76 x 8.39mm scale and weighs around 150 grams.

According to GizmoChina, smartphone is expected to go on sale in China first with a competitive price tag of CNY1000 and it will be procurable in Black and White color models, but a specific date of availability has not been specified yet.