The Mid-range Smartphone: Lenovo A3900 Unveiled Ahead of Launch

Recently, Lenovo had announced a promising smartphone: P70 to heat up the emulous marketplace of China, and now yet another 4G-capable device of firm, called A3900 has come into view that seems all set to hit the Chinese market. Apparently, this unofficial gadget of tech giant has been approved by a well-known certification agency: TENAA, which has posted some images and published almost specs of mobile phone on its official website.

Discussing about specifications of handset, it features a 5-inch TFT display with a pixel resolution of 480×854p. On software front, inclusion of Google's Android 4.4.3 KitKat operating system has been mentioned by informant.

As per TENAA, forthcoming smartphone of A-series will be engineered with a quad-core processor, which is clocked at 1.2GHz operating frequency, but its chipset has not been specified yet. On imaging front, it has been claimed to be comprised with a 5-megapixel rear snapper along with a 2-megapixel front shooter. 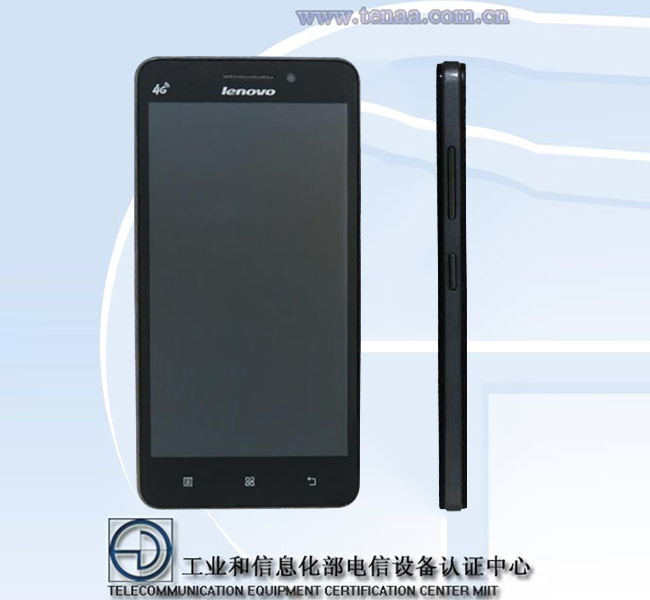 Lenovo A3900 will be packed with 512MB of RAM and 4GB of expandable internal storage, where consumers can extend this inbuilt storage by using a microSD card, but details about its maximum storage capacity is unknown. Apart from 4G-LTE connectivity, handset will assimilate GPS, Wi-Fi and Bluetooth options. Moreover, along with 142.4×71.8×8.95mm dimension and 157 grams of weight, handheld is expected to be showcased on the shelves of retail stores in a black color model.

However, corporation is tight lipped about its new heir, but a report of GSMDome is suggesting that device might be priced at $150 or even less. And, by judging the above mentioned specs we could say A3900 will join the company of mid-range smartphones.