The Indian manufacture of electronic devices and smartphones, iBerry has announced its first smartwatch, which has been baptized as Auxus RIST. Notably, the newly-launched wrist-worn will go on sale from the 8th of December and it will be exclusively procurable via an E-commerce website: ebay with an affordable price tag of Rs 9,990.

As yet, this timepiece is India's first attempt in the emerging segment of smartwatch. Talking about this watch, which is decked with a dual-core processor. The device assimilates a Waterproof build and it has been fueled by a Li-ion rechargeable removable battery that is quoted to confer lifespan of a whole day. 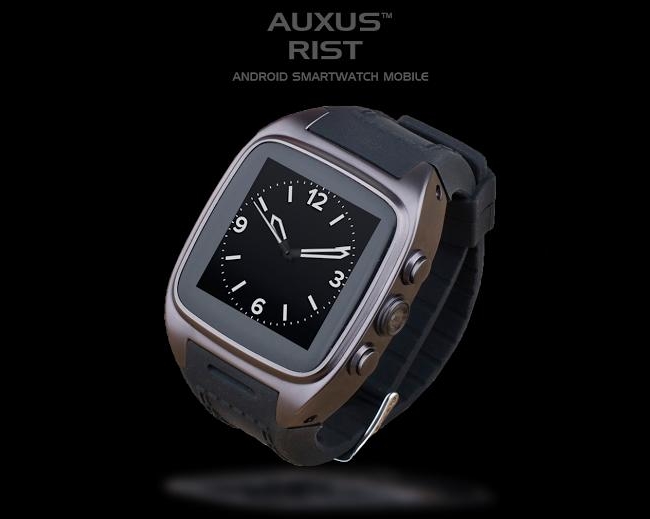 The gadget supports voice input method powered by Google Now. Here, the most attractive part of device is incorporation of an inbuilt Micro-SIM card slot just like highly-priced Samsung Gear S, whereby users can make voice calls without a need of smartphone. Additionally, the availability of Wi-Fi compatibility, Bluetooth 4.0, 2G, 3G and GPS connectivity options are its trump cards and they can catch the eyes of tech-savvy youth.

On the memory front, it is equipped with 32 GB of internal storage that can be enlarged via a microSD card, but there is no word about its maximum storage capacity. Moreover, Auxus RIST Smartwatch Mobile bestows an 3-megapixel camera with Video recording feature.

As we know, the tech space of smart wearable is crowded with numerous devices, where Apple watch and many more are the talk of the town. Here, it could give a direct competition to Motorola Moto 360, which is the most affordable smartwatch currently.