The next-generation 2018 Land Rover Range Rover Sport Coupe have been snapped performing the test rounds in Scotland. While the model was highly camouflaged, it follows the footsteps of the BMW X6 and the Mercedes-Benz GLE coupe. An entirely dashing SUV has got a swooper roofline that gives it a more trendy and stylish look.

As the pictures are not as clear as they could have been, but one thing seems pretty clear. It features a front fascia, which is quite familiar, a sporty windscreen, and a comparatively small roof. Besides, the spied images depict a fake body covering the D-pillar. Nevertheless, a brief idea can be perceived from these pictures, which flaunts a modified rear end. The pointed rear glass, slim taillamps, and a slightly broader rear haunches are a couple of prominent stuff seen as well. The crossover also features a slender greenhouse incorporating a dual exhaust system. 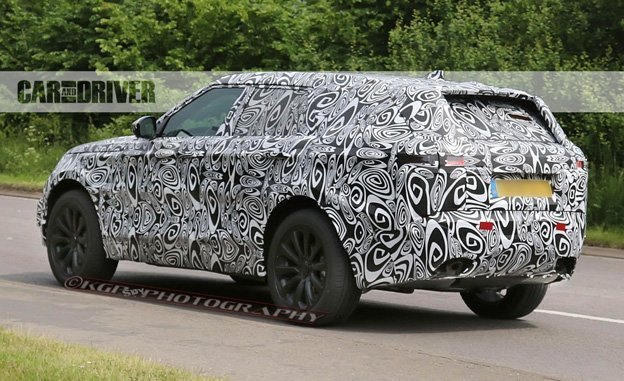 Although the interior set up could not be exposed evidently, but it is anticipated that the driver cockpit has certainly got some fascinating styling cues. Furthermore, probabilities are there that some high-tech stuff like a touchscreen infotainment system and an array of the driver assistance features can also be a part of the car.

You may also like: 2018 Ford Fiesta Hatchback Spied Testing

Mechanically, the new Land Rover Range Sport Coupe has a powertrain of a 3.0-litre supercharged V6 engine that you may found on several other Range Rover variants. Burning 340 horsepower and 332NM of robust torque, the engine is matched up with an eight-speed automatic gearbox. Also, we may have a turbo-diesel V6 and a supercharged 5.0-litre V8 motor as a part of further upgrades. As far as the arrival and pricing are concerned, this new Sport coupe may have a debut entry next year as a 2018 variant. The upcoming Range Rover is going to dominate the standard model as it follows the German precedent. Estimated price of the car lies between mid-$60,000s to the beginning six figures for the high-performance variant.

All You Need to Know About Jaguar Land Rover Discovery India Launch
Views: 3510