Mercedes-Benz India kicked off the year 2019 with a blast by introducing the V-Class - a luxury MPV. The option for discerning businessman desiring for a family vehicle and an office-on-wheels into one. As it's next in passing year, the German carmaker has launched something smaller, quicker and more exciting not only in terms of appearance but also in performance-the Mercedes-AMG C43 Coupé, which is priced at INR 75 lakh (ex-showroom, India).

Launched in 2016, the Mercedes AMG C43 Sedan received a few customers. The facelift for the C-class was already available in the market that's why the automaker launched the updated C-class sedan and Cabriolet last year. Now the manufacturer prioritizes the launch of the C43 Coupe instead of the C43 Sedan facelift.

Similar to other AMGs available in the market, one of the major highlights of the C43 Coupe lies under the bonnet that is its powertrain. The C43 Coupe gets power from a more powerful 3.0-litre, twin-turbocharged V6 trim. The same unit performs propelling duties on other 43 series models. The motor is rated to develop an increased power of 390hp (up from 367hp in the pre-facelift model) and 520Nm of peak torque. It makes the C43 Coupe to reach 100 kmph from standstill position in just 4.7 seconds and attaining the top speed of 250kmph that's electronically limited. 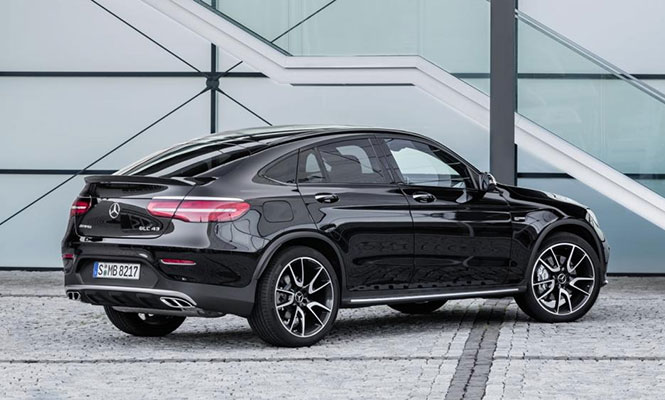 All the generated power channelled to all four wheels via the 4MATIC+ all-wheel-drive system in association with a 9-speed automatic gearbox. But the AWD system here in the AMG C43 Coupe is tuned to supply 69 per cent of the generated torque to the car's rear wheels. In addition to this, the carmaker equipped the car with AMG AMG's Ride Control suspension with three modes (Comfort, Sport and Sport+) and five Dynamic Select drive modes (Comfort, Sport, Sport+, Slippery and Individual).

At the skin, the AMG C43 Coupe is furnished with multi-beam LED headlights,18-inch, five spoke AMG alloy wheels and a panoramic sunroof. While the interior gets sports seats with red seat belts and ambient lighting, a comprehensive safety package, a 10.25-inch screen for the COMAND infotainment system with Android Auto and Apple CarPlay compatibility. The C43 Coupe is a fairly practical offering with a 2+2 seating layout and a 400-litre boot.

In its segment, the Mercedes-AMG C43 Coupé has a lone rival the BMW M2 Competition that is available to purchase at INR 79.90 lakh (ex-showroom).

Mercedes AMG GT R Teased ahead of its Official Debut on 24 June
Views: 1226