An Eyeful Glance at the KTM RC 390

The most dapper and snazzy sports motorcycle, which we have been waiting for so long, KTM RC 390 has been officially launched by the company. The CEO of KTM, Mr. Stefan Pierer, addressed the launching event of the motorcycle and unveils all the technical and makeover details about the brand new motorcycle. We've brought the details of entire specifications which have come wrapped with the newly launched motorcycle. Let's have an eye over the mechanical and superficial features of the KTM RC 390.

Eye-catching Appearance:- The first and foremost thing, which you will first notice is its faired body styling. The KTM RC 390 is a faired version of its cousin sibling, Duke 390, which is said to be the flagship model of the company. The specifically designed body fairing gives this motorcycle a complete sporty look carrying amazing sporty features as well. The combination of Black and Orange with a White colored body fairing is being complemented by the Orange colored exposed trellis frame. The LED DRL's and pilot lamps; circular twin headlamps along with visor make this motorcycle more energetic from the front. 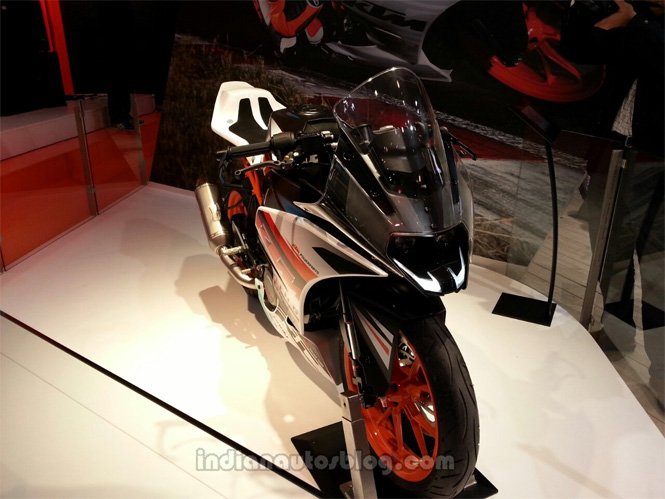 The puffed-up fuel tank incorporated with split-seats make this motorcycle worth racing. The fully digital instrument cluster shows RPM, maximum speed, gears, fuel tank and engine oil fillings. Once you insert the key and switch it over to the ignition point, the instrument cluster shows to the maximum speed, i.e. 188, maximum RPM and gears as well for once and then come down to the neutral position. 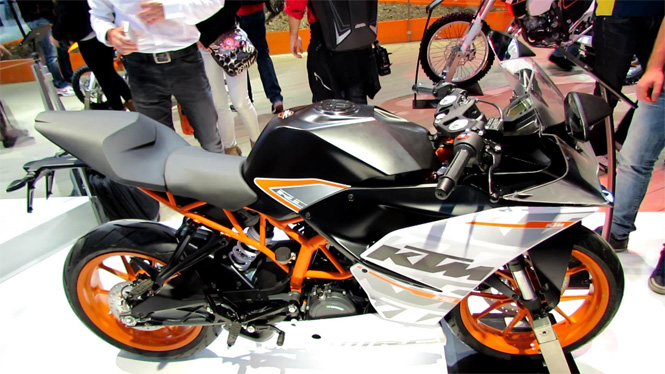 Internal Machinery:- Talking about the power of this machine, the company had designed it by keeping the racing theme in mind. The motorcycle is completely built to achieve racing purpose. This water-cooled machine is featuring a 4-stroke, single-cylinder power plant with an engine displacement of 373.2cc. The power plant of the KTM RC 390 becomes more impressive when it churns out 35Nm of torque @ 7000 RPM and 42.9 BHP @ 9,000 RPM. The engine is mated to a 6-speed transmission box and the power has been taken over the rear wheel through the drive chain shaft. 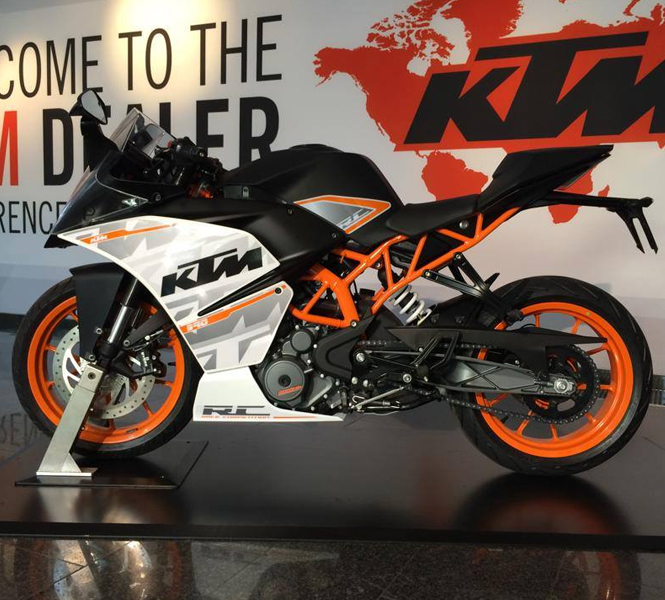 To enhance the riding quality of the motorcycle, it came equipped with upside-down telescopic forks at the front and monoshock at the rear. In terms of dimensions, the motorcycle sports a perfect ground clearance of 178mm and a seat height of 820mm. The motorcycle weighs 166kgs with a full tank holding total capacity of 9.5 liters. The motorcycle doesn’t seem to be bulky as it gives a perfect ratio of power-to-weight, i.e. 258.31 BHP/tone. 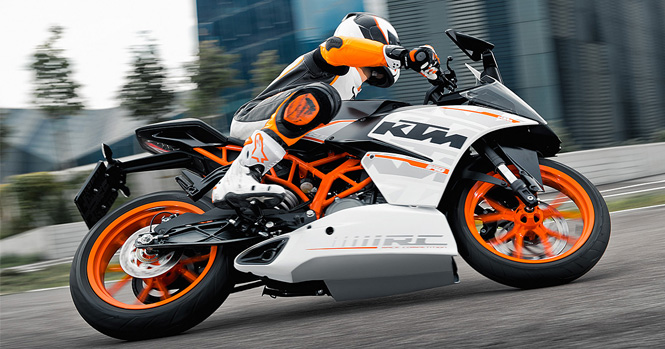 Caterers:- The KTM has assembled a number of components taken from some of the most prestigious brands, to develop something gorgeous known as RC 390. The soft tyres of RC 390 have been catered by Metzeler Tyres and the suspension is served from WP Suspension. On the safety front, the manufacturer has given Brembo disc brakes and ABS comes as standard, which is catered by Bosch. The premium finish of the motorcycle has been given by a premium matt finish. 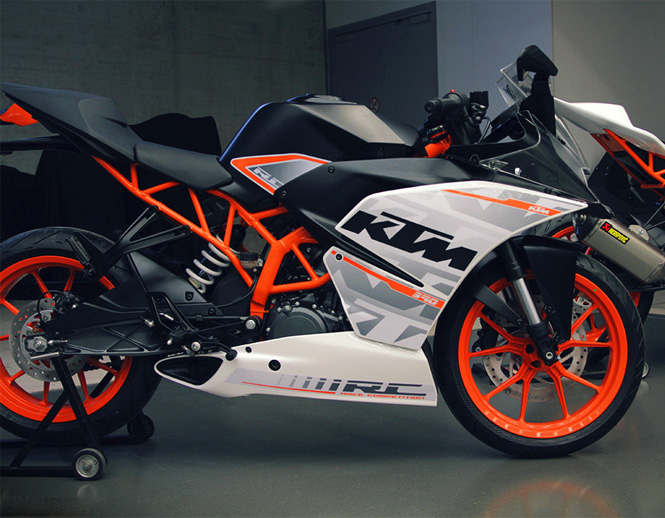 The KTM RC 390 has made its official debut at the Hyatt Regency, Pune. The newly launched sports motorcycle will be available at dealerships and bookings will get started tomorrow onwards. The KTM RC 390 has come up carrying an introductory price of Rs 2.05 Lakh (Ex-Showroom Delhi).