As always, Audi just didn't enter the market but wants to maintain its splendid leadership in the premium hatchback world. So, this time also after the impact of new WLTP emissions tests which led to a stinging drop in sales and profits in 2018, Audi wants to make its dazzling entrance with the full-fledged compatibility to WLTP emissions legislation.

1.812m Audi models sold in 2018 expressed a decline of 65,000 compared with the previous 12 months which means 3.5% fewer vehicles were sold to customers in 2018 than in 2017. The reason for the shortfall is a lack of qualification in the implementation of WLTP European emissions regulation. Audi authorities don't want to be again questioned by WLTP emissions legislation so they have decided to renege and reenter accompanying general operating permit for all of its powertrains.

At its recent press conference, Alexander Seitz, (board member of the finance department in Audi) admitted that they are all set for the resurrection with their 2019 birth-again plans which are concerned with the second round of WLTP emissions legislation. The company has curtailed its range of possible engine/transmission consolidations by 30% and introducing a new “consistently Audi” conducting ethos while heading to have a general operating permit for all of its power hatchbacks by the end of 2019.

“We’re going to work hard on our cost structures,” Audi Chief Financial Officer Alexander Seitz said Thursday at a press conference in Ingolstadt, Germany. “But operationally we’re going to face a year of cleaning up.”

Audi aims to simplify its product portfolio coupled with the new regulations of WLTP, this will reduce its fleet emissions & will nullify the long-lasting impact of the Volkswagen Group's diesel gate scandal.

Working on the principles of transparency and integrity ​Audi is all set with manufacturing plants CO2-neutral to combat high co2 emission & safeguard the environment. ​Audi will discover its journey back to the superiority it cherished initially, with the influx of​ 30 new electric vehicles by 2025 ​& around 70 electric models across its various brands by 2030.​This comes within the electrification programme of the Volkswagen Group. 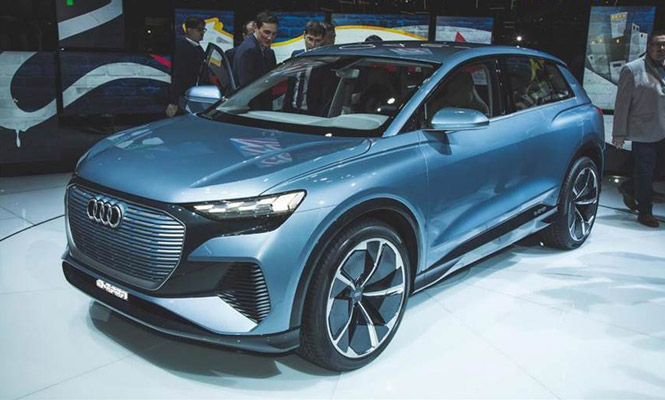 Audi CEO Bram Schot commented optimistically on the overall response to the brand's new E-Tron electric SUV and said that "60-70 percent of drivers of electric cars are loyal to electrification".

Schot proclaimed the launch of 20 models (including updates) on the global platform this year. He has also confirmed the revelation of the Audi Q4 E-Tron,​the latest model unveiled in Audi’s electric push Electrified He pronounced that ​Q4 e-Tron will enhance global viability and​ will go into manufacturing within two years.

Seitz admitted that such a diesel gate scandal “will never, ever happen again.” Audi gave assurance on its internal documentation process & multi-person checking system for each new hatchback.

In the US, the brand has already restored & rectified 85% of Audi vehicles distressed by the emissions scandal and paid a penalty of GBP 683 million to the German government.

Schot is confident enough on its upcoming electrified range that it will appeal to a broad section of the audience and every customer will embrace their perfect ‘E’ model”.

Lifestyle Edition of Audi Q7 SUV and A4 launched in India
Views: 1549