Recently, in January this year, German Car Maker BMW had listed the X7 flagship SUV on its official India website. The launch of the car is anticipated soon, as it has been spotted in disguise undergoing testing in India.

The BMW X7 spied here is the base-spec xDrive 40i variant and is powered by a 3.0-litre petrol engine that delivers 340PS of power and 450 Nm of torque, and the all-time list in India top-spec M50d variant gets a 3.0-litre diesel unit offering 400PS and 760Nm. Both the engines are integrated to an 8-speed automatic gearbox and have BMW’s xDrive four-wheel drive system with surface-specific modes. To know the precise information about the power and performance of the car, we will have to wait for its official launch. 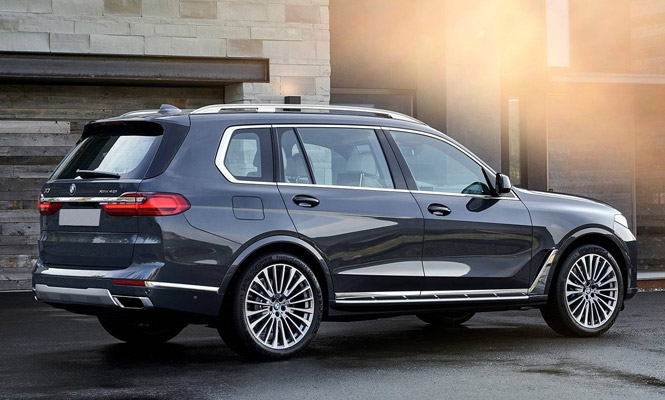 The India-spec model seems to inherent specifications such as active cruise control with stop & go function, steering and lane control assistant and a lane-keeping assistant and side collision protection, from the global-spec model..

It is anticipated that prices of the X7 will start from Rs 1 crore and its sale will commence from the second half of 2019. The X7 will lock horns with the likes of Mercedes-Benz GLS, whose third-gen model is hoped to be available for sale in India by 2020.

BMW X7 For India Will Be Official by October
Views: 2900

BMW X7 Production Delayed, Can be Launched in 2018 with a Hybrid Powertrain
Views: 3147