Eight-Gen Porsche 911 Launched in India with a Price Tag of INR 1.82 Crore

Recently, the German sports car manufacturer has launched the eight-gen Porsche 911 in India with a starting price of INR 1.82 crore for the 911 Carrera S coupe whereas the 911 Carrera S Cabriolet is priced at INR 1.99 crores. The deliveries of the car start in July 2019.

The basic silhouette and shape of the previous-gen model have been retained in the new 911 series with a few styling changes. The most prominent change in new 911 can be seen in car mechanical specs as it now comes with a more powerful, flat-six turbo-petrol engine. A new driving tech along with some mechanical and technical upgrades are also evident in the new and quicker 911 while comparing it with its predecessor model (992 series).

The powertrain in the car generates a power of 450 hp along with a peak torque of 530 Nm, which is slightly better than the previous model. The powertrain is also linked to 8-speed AMT and can easily touch the 100 kph mark starting from 0 kph in just 3.7 second, which is 0.4 seconds faster than the previous model. Well, the car also comes with an optional Sport Chrono Package (launch control, a quicker-shifting gearbox and a Sport Response function), which makes it more quicker by 0.2 seconds. However, when it comes to top speed (308 kph), the car has a marginal 2 kph improvement. 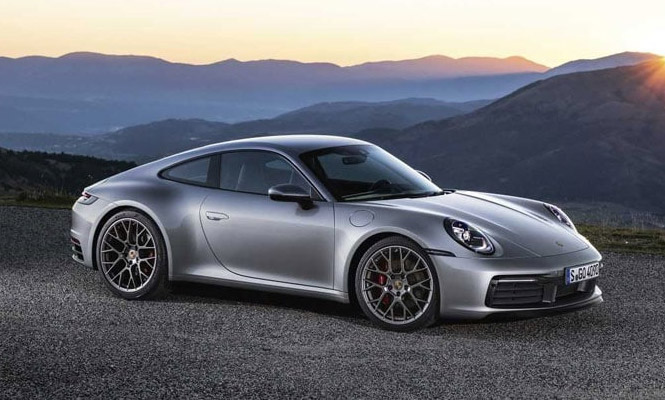 Talking about car dimensions, the new 911 is larger in every dimension-the length has been increased by 21mm, width by 44mm, and height by just 7mm. However, the wheelbase remains the same.

As far as the styling goes, the new 911 looks more bigger and muscular. The car features are too eye catchy and include a splitter, longer bonnet along with a trio of cooling ducts. The wider front wings of the car come mounted with the new LED headlights. The car also houses new door handles that sit closely with the body when the doors get closed to provide the much-needed aerodynamic efficiency.

At the rear side, the new 911 receives a new spoiler along with revised OLED tail-lights, which are also connected with a full-width LED light band. The other changes include large oval tailpipes, a heavily restructured bumper, and a new vertical third brake light that has been attached with the black tailgate grille. So, as far as the design goes, the new Porsche 911 looks more technical, polished and compact. 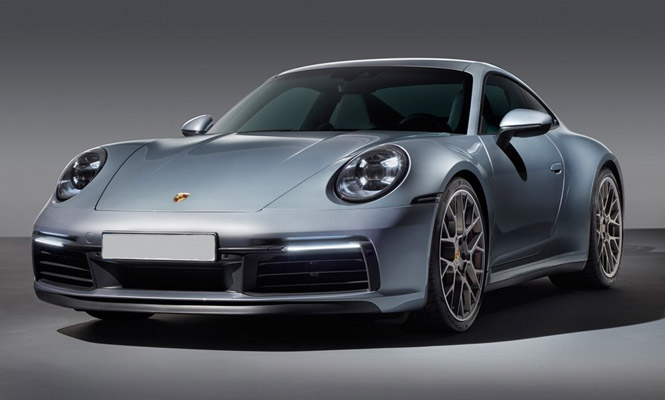 Inside the hood, the new 911 comes with a more angular design dashboard and a new multi-function steering wheel with sports response rotary dial, making altering drive modes easier for the rider. The rev counter in the instrument cluster is analogue whereas other dials are digital. For the Porsche Communication Management system., the company has opted to go with the 10.9-inch touchscreen.

Read Also:- Audi, Lamborghini, Porsche, Skoda, VW To Merge In One Entity Under One Leadership

In the global market, new 911 is available with Carrera 4S version (all-wheel drive), but in India, the car has an S (rear-wheel-drive) version. However, Porsche is also planning to launch some lower spec variants like Carrera and Carrera 4, and some other powerful Turbo and GTS models in India. A plug-in hybrid variant is also expected to be launch in India by Porsche by the end of 2022.

Audi, Lamborghini, Porsche, Skoda, VW To Merge In One Entity Under One Leadership
Views: 1700