Renault is all geared to launch the City KZ-E, an electric hatchback on April 16 at the 2019 Shanghai Motor Show. FYI, the upcoming EV will be based on the brand’s ongoing Kwid hatch. For the very first time, the City KZ-E was showcased as a concept at the 2019 Paris Motor Show. The all-electric City KZ-E which is the spawn of combined efforts of Renault and its Chinese partner, Dongfeng, will be launched soon initially in China later the other markets like Europe among others will get its availability.

As of now, the information related to the engine specs is quite less. It is being expected the City K-ZE will offer the real world travel range of around 200 km. Also, it is likely to be featured with fast charging capabilities. 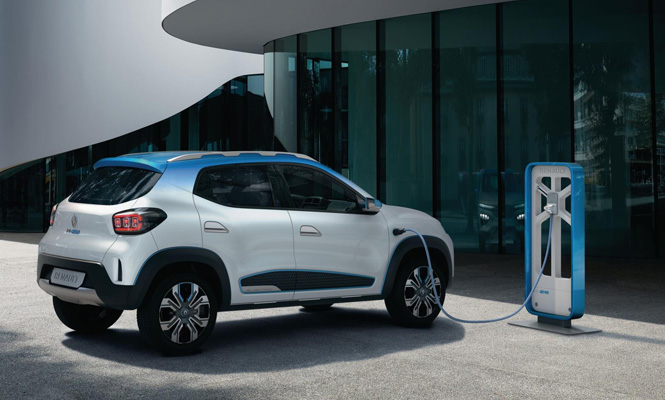 If the production version of the City K-ZE is imagined, it would not go much far from the showcased 2018 concept and spotted several test mules, exterior wise. And, would resemble the ongoing Kwid model. Except for revised front and rear profiles. At the fascia, there will be a split headlamp setup, wherein a sleek DRL strip will be placed over the main lamps. It is the similar setup which is observed on several SUVs nowadays including the Tata Harrier. Other than this, the rear bumper and the tail lamps could be revised units as well. However, there are chances of EV carrying forward the dashboard of the Kwid albeit with minor changes and additional features.

For your reminisce, the Kwid-based City K-ZE EV falls in brand’s ‘Drive The Future’ six-year business plan (2017 - 2022) announced back in October 2017. Under this plan, the company confirmed the use of the CMF-A platform which is heavily localized in lieu of rolling out four new models including an EV! The suggested EV in the plan is more likely to be the City K-ZE. However, in India, it is not going to launch anytime soon and would take a couple of years to mark its presence. In the segment, it will compete against the Maruti Suzuki’s upcoming EV based on the Wagon-R. If launched, it will carry the price tag under 10 lakh.

New Joint Board Will Be Created By Renault, Nissan and Mitsubishi: Declares MoU
Views: 1149