Considering the latest trend and desire of the Era for electric vehicles, Honda decided to close its Swindon, UK, based plant thrusting 3,500 jobs at risk.

Honda, the Japanese carmaker, has brought the rumours to an end, confirming the closure of its Swindon, UK based plant in the year 2021 following the “unprecedented changes in the global automotive industry”. The customers’ inclination towards electric vehicles is not hidden and is evident from the increasing EV demand. Basis this, the Company expects a huge transition in the customers’ choice in days to come and as per, has decided to invest in the EVs. Thus, decision for closing the Swindon, UK based plant in 2021 has been taken which would be affecting 3,500 people working in this unit.

As the reports regarding the plant’s closure were spread all over yesterday, it is today that the Japanese manufacturer announced and confirmed the proposal of closing its British manufacturing plant towards the end of 2020. The closure of this unit would render 3,500 workers jobless. Let us make you know, the Wiltshire factory, known for building only civic has been producing as many as 1,50,000 cars annually which is much shorter to its capacity of 2,50,000 units.

This decision coming from Honda automobiles is a big blow for the UK government as it has been an established car manufacturing hub next to Brexit although, Brexit has not been the reason for the closure of the unit

‘Honda’ informed that the current move is a result of the shift of the new era towards the electrified cars and thus the company is obliged to come up to the expectations of the customers. The Company sees a lot of development scope in this area and expects that the coming era it would be the era of the Electrified cars and the company is committed to fulfilling the customer’s demand. The Company would look across the various challenges which would come in the area of manufacturing the electrified cars and is compelled to revise its global manufacturing operations and focus area in the specified regions where high production volume is expected. Honda accepts that in the current scenario HUM's [Honda UK Manufacturing] is one of the global manufacturing hubs but it won’t remain the same if it is not revived with time.

Honda has been the last among the famous Automobile manufacturers who have turned to the electrified version of automobiles as compared to its immediate rivals. The brand’s Honda CR-V Hybrid has been launched last year but the company did not come with its electric version. The Company’s Urban EV, a retro-styled electric city car has been manufactured and is expected to go on sale later this year. The firm looks intended to take the majority of its manufacturing products to its home country Japan from where the products could be easily shipped to China which has from always been a much demanding and profitable market for Honda. 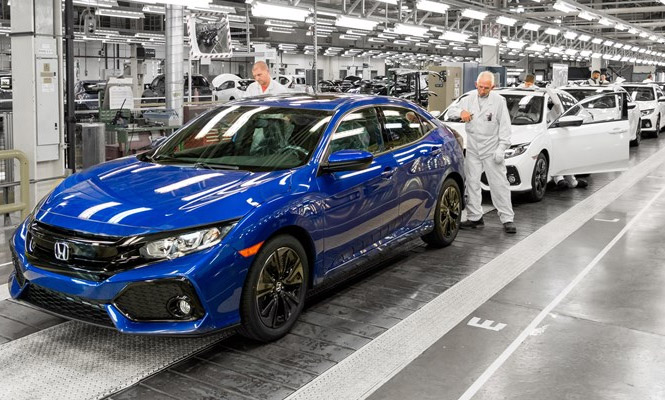 Another influencing factor is the deal between the Japanese government and the European Union (EU) which leads to relaxation in tariffs on Japanese-made cars distributed in blocs of 27 member states which would reduce the financial benefit of Honda from the UK hub. Thus, the decision taken by the Company seems wise.

One another factor which looks influencing for the taken decision is the threat coming from Donald Trump’s administration regarding the applicability of import tariffs for European-made cars, US, being one of the people main market.

A statement issued by the Society of Motor Manufacturers and Traders (SMMT) said “Today’s announcement is a huge blow to UK automotive manufacturing, and for the Honda plant’s highly skilled and productive workforce. Whilst production will continue in Swindon until 2021, giving government and industry time to help affected employees and the local supply chain which supports a further 10,000 jobs, this is, nevertheless, devastating news."

“The challenges facing Honda are not unique," SMMT chief executive Mike Hawes said. "The global automotive industry is facing fundamental changes: technological, commercial and environmental, as well as escalating trade tensions, and all manufacturers are facing difficult decisions. The UK should be at the forefront of these changes, championing its competitiveness and innovation, rather than having to focus resources on the need to avoid a catastrophic ‘no-deal’ Brexit.”

Discussing the reasons behind the closure of the UK based plant, the spokesperson has not mentioned the current immediate competitor neither did he discussed the falling diesel car demand, which is significantly different and appreciable in case of Honda. It has been confirmed by the car manufacturer the discussion regarding the future plans for the unit would be discussed in today’s meeting and a collaborative working would go on also including the recognised trade union.

Honda Europe boss Katsushi Inoue said: “In light of the unprecedented changes that are affecting our industry, it's vital that we accelerate our electrification strategy and restructure our global operations accordingly. As a result, we have had to take this difficult decision to consult our workforce on how we might prepare our manufacturing network for the future. This has not been taken lightly and we deeply regret how unsettling today’s announcement will be for our people.” 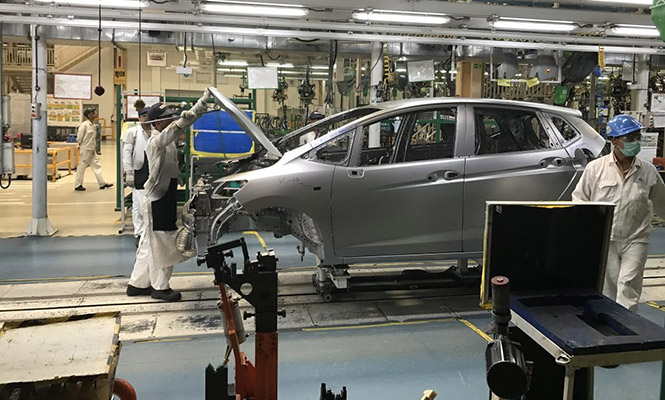 Honda UK Manufacturing unit based on £1.5 billion of investment was established in Swindon in the year 1985. In almost half of the plant, production got stopped after the failure of sales to get the loss recovered and also overcome the 2008 financial crisis. Later in a decision, the Company decided to make production in just the Civic, Jazz and CR-V which would be exported outside the production state.

Talking about 2008 when Swindon took pride in the production of more than 2,30,000 cars annually which is double the production done these days. This worked as yet another threat to the British automotive manufacturing industry in addition to the announcement made by Jaguar Land Rover for 4,500 job losses. Nissan confirmed the same and notified that it will no longer build the X-Trail in Sunderland and Ford also confirmed the job losses.

Likewise, Honda announced the restricted production of the Civic sedan that rolls out of its plant in Turkey by 2021. Honda is all set to launch the new Civic on March 7 In India. This 10th Generation car would be offered in both petrol and diesel engine variants and is expected to set back the Skoda Octavia, Hyundai Elantra and Toyota Corolla Altis.