Isuzu D-Max Range To Get Price Increase From September

Isuzu has declared that the company will raise the price of the D-Max pick-up truck up to 3% relying on the type of variant starting from September 2018. The D-Max is available as a commercial vehicle in Regular Cab and S-Cab versions and also as a passenger vehicle, it gets V-cross High priced Rs. 15.82 lakh and V-Cross priced Rs 14.32 lakh.

All the models come equipped with a five-speed manual transmission, however, the commercial vehicles run on the rear-wheel drive system, whereas the V-Cross obtains a switchable four-wheel-drive system to run. 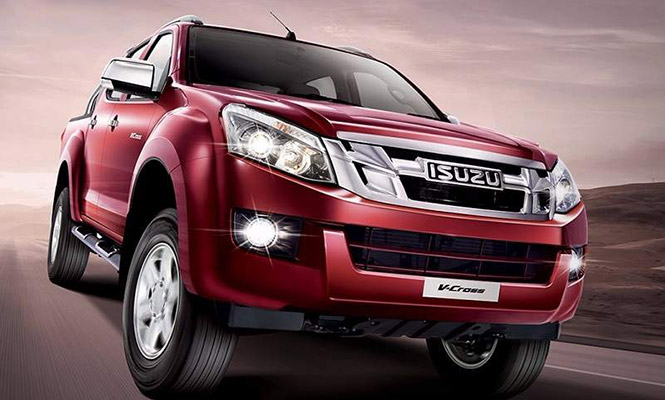 A few months ago, a Isuzu D-Max V-Cross, Isuzu’s 10,000th vehicle introduced of the company’s SriCity plant, creating a milestone for Isuzu. Isuzu is likely to get the facelift of the MU-X SUV which will be the other model to the India line-up series, in the upcoming months.