The most rumored Superbike from the Austrian manufacturer is no more being rumored now. The Superbike has come -up in a real form. The company has showcased the most awaited motorcycle, named as KTM 1290 Super Adventure at the ongoing INTERMOT, 2014. The International Motorcycle is being held in Cologne, Germany. The showcased motorcycle is the company's flagship tourer motorcycle, which has made its first public appearance at the motorcycle show.

The visual appearance of the KTM 1290 Super Adventure doesn't seem to be quite aggressive as compared to its 160BHP of the power boosting engine. The Superbike has been built upon the tubular chrome molybdenum steel space frame, which was being used in the 1190 Adventure motorcycle. 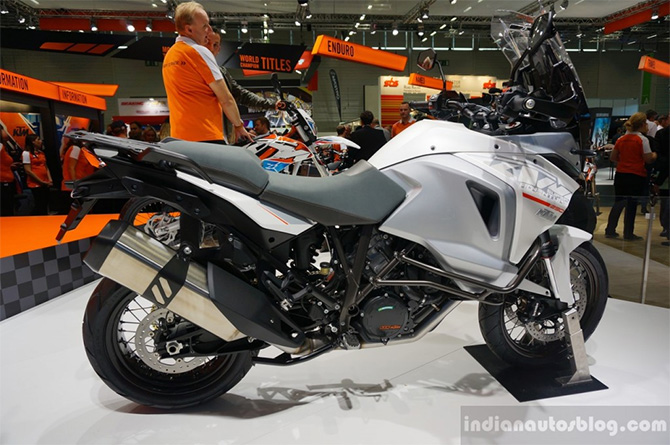 The company has given WP inverted telescopic front forks and monoshock at the rear to enhance the riding quality of the motorcycle. The braking system has been taken care by four-piston caliper twin disc brake at the front and two-piston single-disc brake at the rear. The tourer-motorcycle has come along carrying a fuel tank capacity of 30 Liters. 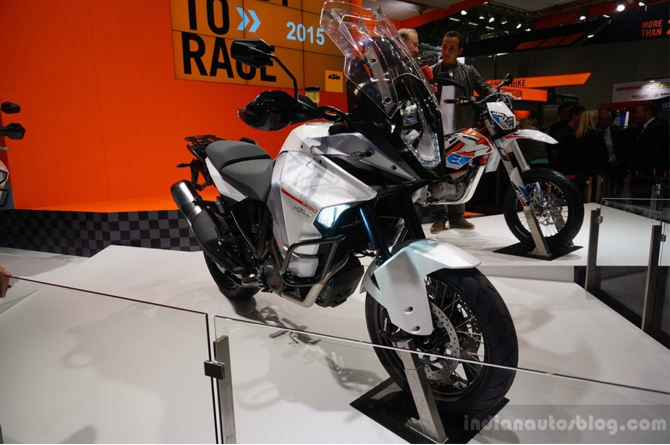 Technically, the KTM 1290 Super Adventure is powered by a liquid-cooled, 75 degree V-Twin engine with an engine displacement of 1301cc. The engine is coupled to a 6-speed transmission through an anti-hopping clutch, which is hydraulically operated and the power generated is 160 BHP and a peak torque of 150 Nm. The newly launched motorcycle is a combination of super fastened re-tuned 1301cc engine with the 1190 Adventure's frame. In order to meet the tourer requirement, the company has added cruise control and Stability Control System. 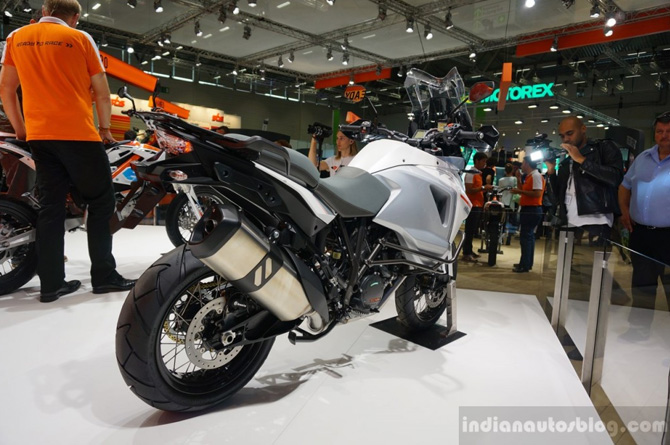 The KTM 1290 Super Adventure will be coming in an exclusive white and black colored theme, which is complemented by LED cornering lights. This combination will be available on all models of the tourer motorcycle as standard. The newly launhced Superbike might go on sale by the early 2015.