Toyota, a renowned automobile manufacturer has added one more product in its product portfolio by launching Lexus LS 500h in India. The Lexus LS 500 is launched in India recently and the price ranging from Rs. 1.7 crore to Rs 1.9 crore, totally depend on the variant of the car.

It will be available for purchase in India from April 2018 and Toyota will be offering three variants: Luxury: Rs. 1.7 Crore, Ultra Luxury: Rs. 1.8 Crore and Distinct Rs. 1.9 Crore
Previously, four products have been launched by the company in the country and the fifth is ready to make its way. The new Lexus LS 500h was earlier revealed at 2017 Detroit Motor Show and within a year the car has been launched by Toyota in India.

The latest flagship being offered by Japanese automobile manufacturer is based on the TNGA platform which gives more modern look to the LS 500h. The car comes with the signature Lexus spindle and sleek headlamps which gives luxury look to the new Lexus LS 500h. Mechanically, the car has a 3.5-litre V6 petrol engine with two electric motors. The engine of the car churns out 295 bhp of combined power at 6600 rpm and 350 Nm of peak torque at 5100 rpm. 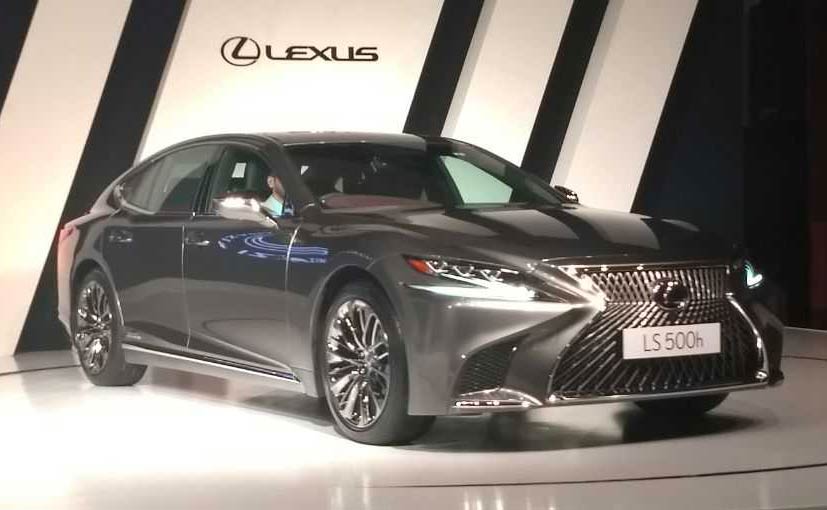 The new Lexus LS 500h is a fourth hybrid model being offered by the company available for purchase in India and it will take the CBU route to India like the other cars in its portfolio.

Just like other cars, the Lexus LS 500h is having an eCVT transmission powertrain with the all-wheel-drive-system, it provides power to all the wheels of the car, either in full time or in demand.

In terms of appearance, the new LS 500h is a larger car and it is 5200 mm lengthy and the wheelbase of the new car stands at 3100 mm and the passengers can adjust the seat of the cars with a 48-degree recline for the backrests.

There is also a good information for the front passengers that the new Lexus LS 500h will also have 28-way adjustable electric front seats along with heating, cooling and massage functions. The LS 500h compete against the likes of Mercedes Benz S-Class, BMW 7 Series, Audi A8 L and Jaguar XJL.