Big news coming up for the Maruti Hatchback fans!!! Maruti Ignis is all set to make its way to the Indian roads on 20th February 2019 according to the leaked information from the company reports. As per the sources, the popular car maker company in India has provided some minor facelifts in the car along with some additional safety features. The expected safety additions in the revamped version of Ignis include the reverse parking sensors, seat belt reminder alert, and high-speed alert.

Some changes into the exterior design are also expected from the car maker company with features like LED projector headlamps, and DRls. All these safety features might also debut on the lower end variants of Ignis like Zeta. We also believe that the revised version of Maruti Ignis will house a modified bumper and front grille styling. 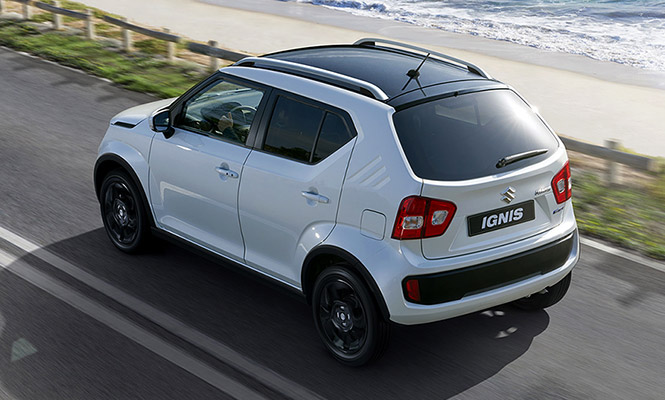 As far as the interior design is concerned, an all-new infotainment system can be seen on the new Maruti Suzuki Ignis. Following the trend in other popular cars like new WagonR and Baleno, this change is largely expected from the car maker. Due to poor sales and less customer interest, the production of Ignis diesel variant has been discontinued by Maruti last month due to which uplift in discounts was observed from the dealers.

If we talk about the performance and engine, then no major changes are expected, and Maruti might continue with the same 1.2 litre K12 petrol engine, which has a decent power of 83 bhp with a peak torque of 113 Nm. 5-speed manual and automatic transmission will also remain the same in the hatchback.

Talking about price, we expected a boost of INR 5000 across all the major variants in Ignis. As of now, the ex-showroom price of Ignis is around INR 4.65 lakh to INR 7.05 lakhs. The revamped hatchback from Maruti will directly compete with the likes of Mahindra KUV. Currently, Ignis is sandwiched between the Baleno and Swift resulting in poor sales performance of this compact hatchback.