Mercedes-AMG's new entry level GT43 4-door Coupe takes design cues from GT 4-door concept car revealed earlier at the Geneva Motor Show. And on first look adjectives like breathtaking and flamboyant would be understating extreme expression that the new offering embodies. Christened as the GT 43 4Matic+, the 4-door Coupe will join its siblings i.e GT53 and GT63 to complete the German Makers plan to of an autonomous AMG performance brand. The GT43 is slated for a launch at the upcoming Paris Motor Show.

Under the hood, the GT43 is powered by a 3.0-litre straight-six engine churning 367hp and 500Nm of torque. And thanks to the EQ boost mild-hybrid function, the power ratings can further be boosted by 22hp and 250Nm. Mercedes' 4WD 4Matic system further assures 0-100kph acceleration in 4.9sec and reach peak speed of 270kph top speed. 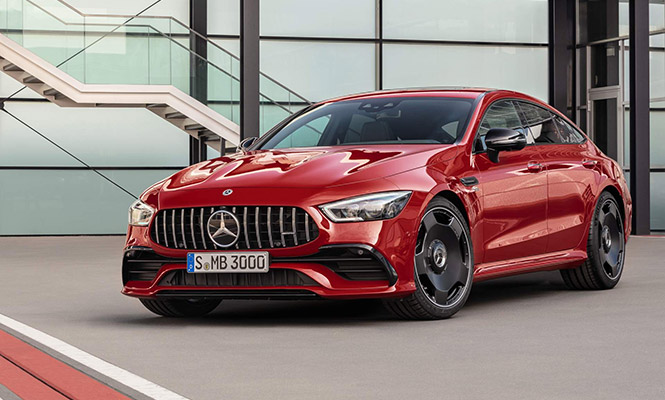 On the inside, the luxurious crafted Cabin leaves one awestruck. Key highlights include

The GT43 4Matic+ 4-door Coupe will come in two petrol versions. The first petrol variant being the indigenous 3.0-litre in-line six-cylinder unit with a mild-hybrid system. The second is the 4.0-litre V8. Transmission duties will be performed by four-wheel-drive system as standard coupled to a 9-speed automatic gearbox. 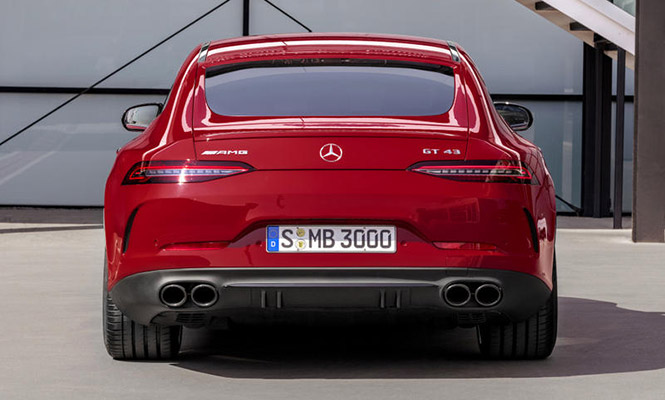 The GT 4-door Coupe borrows CLS 2,939mm wheelbase. But other than that the dimensions on the new entrant are strikingly longer, lower and wider. Resting on 21-inch grey-and-black AMG wheels, the new GT 4-door Coupe boasts of completely unique set of panels and equipment not seen any of the other Mercedes-AMG offerings.