A Drive-In event was held on 2nd April 2019 where many of the connectivity features of the MG Hector was disclosed, but to our disappointment, the company did not reveal the SUV. However, the company astonished everyone. At the end of the event, the British automotive surprised everyone by disclosing the official images of the MG Hector which revealed the design of the SUV.

It was rumoured that the MG Hector will get the same infrastructure and body panel as of the Baojun 530 SUV. And now the images confirmed the leaks. Apart from an LED headlights which will be positioned low on the front bumper, the MG Hector will also come with a slim LED daylight running light at the top surrounded by the chrome-encased mesh grille that houses a big ‘MG’ badge on it. The looks are just breathtaking as it gets front and back faux skid plates, a split roof spoiler, diamond-cut alloy wheels, and a light bar which associates the tail-lamps. In all, the SUV has a spectacular front end, but what disappoints is the oversized back overhang and wheels that look very small.

Engine of the MG Hector

The MG Hector will be powered by the 1.5-litre turbo petrol that will churn out 143hp of peak power, and a 2.0-litre, FCA-sourced diesel powertrains. Both the powertrains will be married to a six-speed manual and the turbo-petrol will also come with a six-speed, dual-clutch automatic gearbox options. The company will also offer a 48-volt mild-hybrid version of the SUV which the company claim will be 12 percent more fuel efficient if compared to the petrol engine variant. 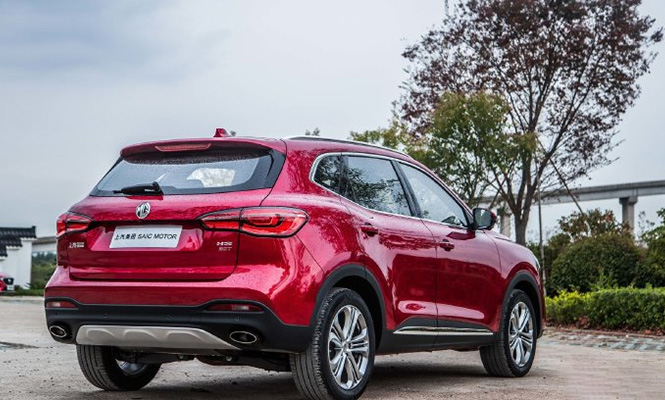 Expected Features of the MG Hector

The MG Hector is speculated to get the features such as a Harman Infinity audio system, a 360-degree camera, push-button start, a six-way power adjustable driver’s seat, cruise control, keyless entry, and a tyre pressure monitoring system apart from others.

The MG has finally officially announced the launch date of the Hector which is June of this year. And at the time it will go on sale, the company is speculated to price it between Rs 15-20 lakh range (ex-showroom). The MG Hector will compete with the rivals Tata Harrier and Jeep Compass.