Renault has revealed the new luxury coupé-crossovers, the Arkana during the 2018 Moscow International Auto show, Russia. The Renault Arkana will be placed above the Renault Captur to enter the mid-size SUV segment.

The crossover coupe comes equipped with a sloping roofline and high waistlines such as famous luxury coupé-crossovers from Mercedes-Benz and BMW. Its new connected tail lamps, grille, and the headlamps just remind the Megane hatchback.

The automaker mentioned the vehicle taking a new generation of the SUV platform which is larger than the Jeep Compass and the Captur. 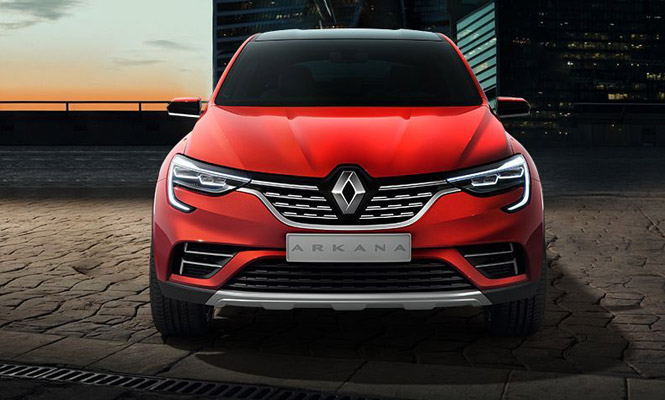 The Arkana will have generous space in the cabin as promised by the company and it is obvious as the Duster and Captur are also spacious compact SUVs with 4.3 metres length. The Arkana will be the premium SUV similar to Tata Harrier which is about to launch.

Renault has presented the vehicle as the ‘elegance of a sedan and the sturdiness of an SUV.’ it will obtain massive 19-inch wheels and a fixed panoramic glass roof for a confident stance.

Although, the company has not revealed any information yet about the powertrain and cabin. As the company suggests, it will come with latest R-LINK 2 infotainment system, advanced new engine lineup and up to date connectivity options. This system has a vertically-placed touchscreen which is up to 8.7 inches. 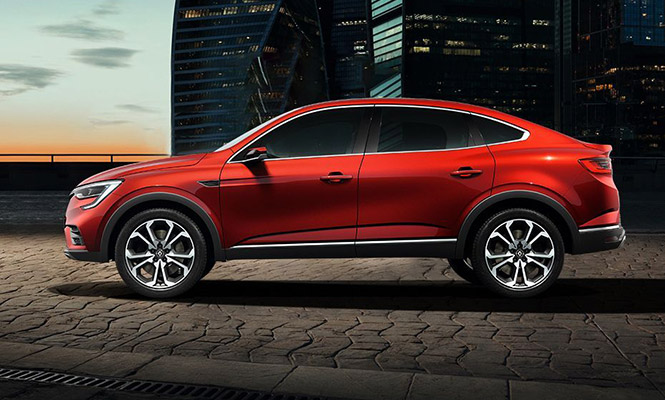 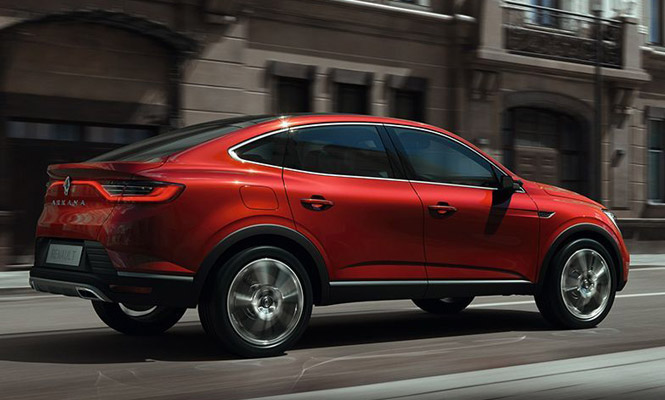 The company has also assured that the SUV is going to be built in a different location in Asia also. Hence, we can predict the SUV to launch in India later provided to deal with the popularity of upcoming SUV segment considering mid-size segments such as the Jeep Compass, upcoming Ford-Mahindra, MG and the Tata Harrier.

The company has revealed its ‘Drive The Future’ six-year business plan (2017 - 2022) in October 2017, where it has assured that the premium SUV will be using the dual-spec platform strategy. So, for the developed markets it will take modular CMF-C/D platform of the Renault-Nissan-Mitsubishi alliance. 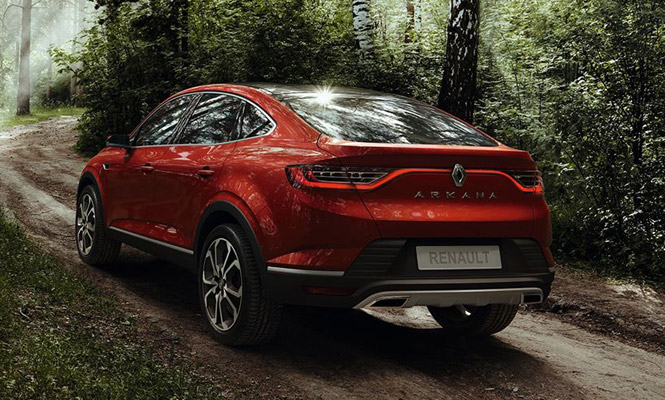 If the Arkana SUV launches in India, it will be the same Russia-spec model using the same platform. Although, we couldn’t suggest about the price point so early but expect the SUV to be priced under Rs. 20 lakh category as the Renault India already declared that it would be launching heavily local vehicles in the country in the future.