Recently, the TVS Motor Company has launched the new 2018 TVS Apache RTR 160 4V in India. An improved iteration of the previous model, the 2018 TVS Apache RTR 160 4V is much aggressive in appearance and comes feature packed. It follows the design philosophy of its elder sibling RTR 200 and obtains a new 4-valve engine for racing experience. The applied visual and mechanical upgrades priced it pretty closely to RTR 200’s pricing. Still, it stands firmly and poses a threat to the rivals such as Honda X-Blade, Bajaj Pulsar NS160  and Suzuki Gixxer. 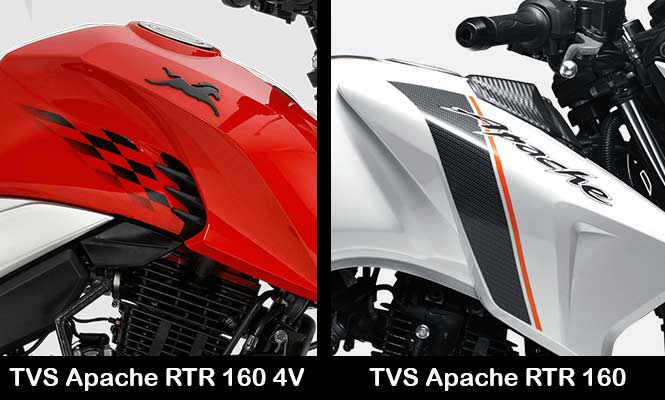 Draws design inspiration from its elder brother, Apache RTR 200 4V, the new Apache RTR 160 4V is an evolved naked runner which now features a sharp headlamp, revived fuel tank with extensions and stripped down rear for the placement of a single seat in place of dual setup seats. 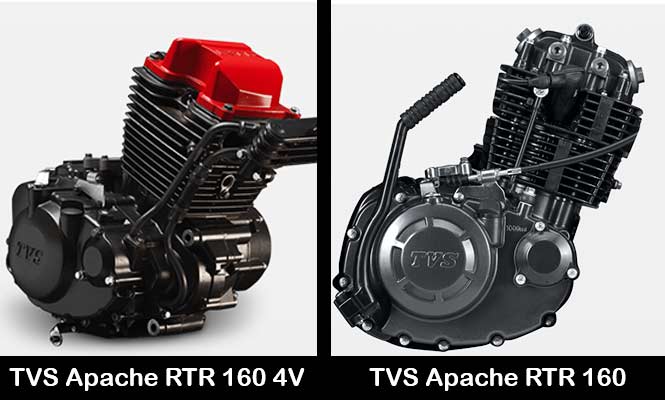 The new TVS Apache RTR 160 4V is powered by a new 4-valve engine that is in machenishm with single-cylinder unit along with the displacement of 159.7cc. Based on fuel injection system, there are two variants fuel-injected and carbureted one. Mated to a five speed gearbox, the standard carb variant expels out 16.2bhp of power whereas for the top spec FI variant, it is 16.5bhp. The pick up power is all similar for both the variants at 14.8Nm. 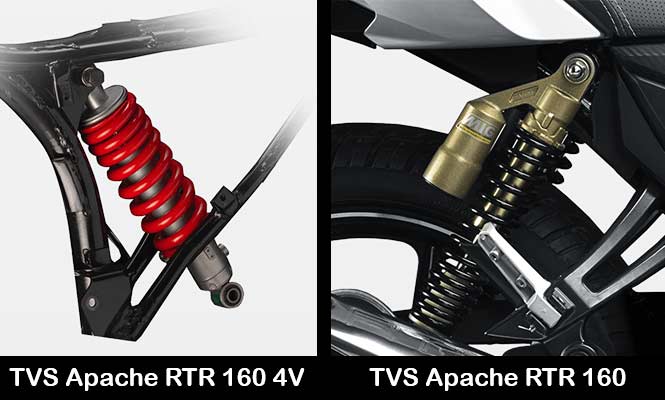 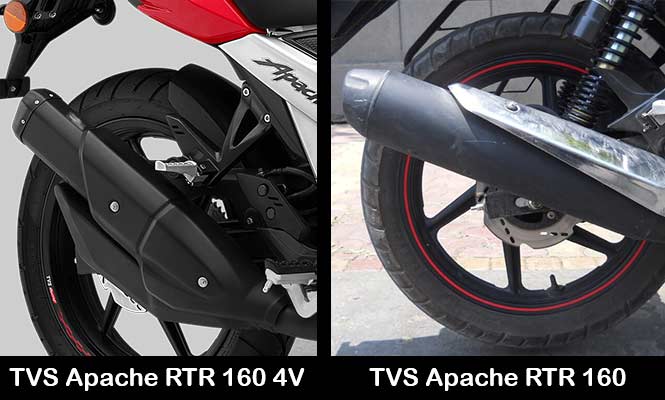 Boasting the new double barrel exhaust carried forwarded from the Apache RTR 200 4V, the 2018 Apache RTR 160 4V not only offers much throatier exhaust note as compared to the earlier model but also looks fascinating to the eyes.

The new TVS Apache RTR 160 4V comes painted in the new range of colours which are Racing Red, Metallic Blue and Knight Black. The Metallic Blue is a dual tone colour option which drenched the bike’s front section in blue that is complemented by white at the rear. The sticker job on the fuel tank endows a fresh and sportier appeal to the motorcycle.

With the capability of achieving 0 to 60 kmph sprint in just 4.73 second for carb variant and 4.8 seconds for FI variant, the new TVS Apache RTR 160 4V is a performance oriented motorcycle. The top speed figures for both the mentioned variants are 114 kmph and 113 kmph respectively. As claimed by the automaker, it is the best in class power to weight ratio motorcycle. 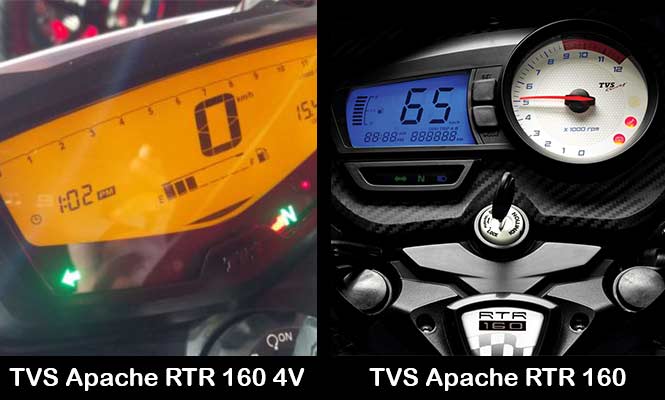 The new TVS Apache RTR 160 4V boasts a fully digital instrument cluster borrowed from the Apache RTR 200. Furthermore, there are a host of race-inspired features such as lap timer, top timer, top speed recorder and etc.

The advent of new TVS Apache RTR 160 4V took placed from the six-time INMRC (Indian National Motorcycle Racing Championship) winning bike - Group B RTR 165. This is the concerned reason the new Apache 160 4V is being considered as the fastest 160cc motorcycle in the country. 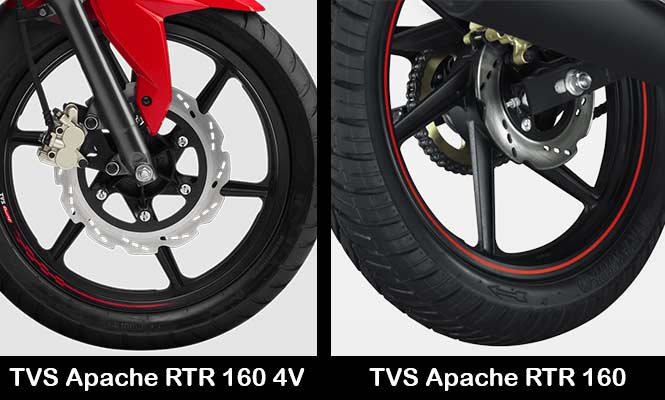 The new Apache RTR 160 4V is more safe and secure than the older Apache model. It now comes loaded with Roto-petal disc brakes at both end which offers aggressive stopping power and faster dissipation of heat. That was only a single unit on the earlier model at the front wheel.

The new TVS Apache RTR 160 4V is on sale in three variants including the carbureted version, the carbureted dual disc brake and the top end Fi dual disc brake. As the motorcycle gets updation at both visual and mechanical front, so it is slightly costlier than the earlier Apache. The variant prize of the 2018 Apache RTR 160 4V is INR 81,490, INR 84,490 and INR 89,990 respectively. All the prices are applicable at Delhi dealerships.