Yamaha has teased the imminent adventure tourer, the Yamaha T7 which is based on the Yamaha MT-07. The images reveal that the featured bike is in its market ready form and the teaser video says that the more details will be revealed on September 6, 2017. The prototype version of the impending adventure bike has already been spotted several times, in the past. So, the launch of the concept T7 turned Yamaha T7 adventure motorcycle, is expected soon.

Earlier, the concept T7 was showcased at the 2016 EICMA show. It is basically a fully functional model, which has been developed with the help provided by Yamaha Official Rally Team in France, Yamaha R&D in Italy, and GK Design in the Netherlands. In the market ready form, the adventure bike, which is built on the lightweight chassis, long travel and high ground clearance, is probable to be named with a new name. 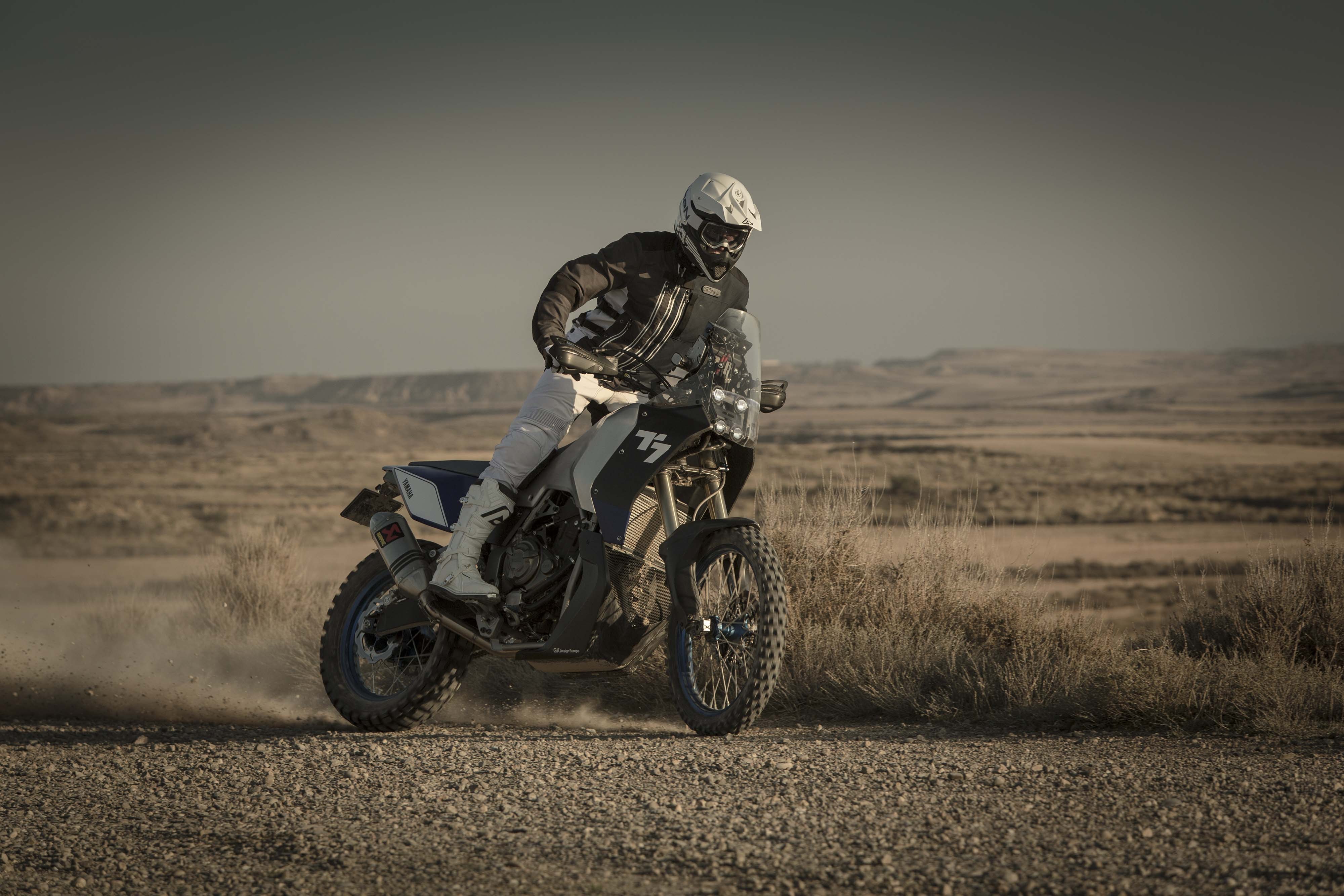 Under the fuel tank, the T7 is loaded with a 689 cc, twin-cylinder engine as a propelling heart. The mill is adequate to breathe out the peak power of 75bhp through the connected upswept exhaust system supplied from Akrapovic. The bike runs on the 21-inch front wheel and 18-inch rear wheel shod with Pirelli Scorpion MT90 tyres.

The Yamaha T7 Concept which features an LED headlight, aluminium fuel tank, carbon fibre fairing and skid plate as well as KYB sourced front suspension, is a pretty attractive lightweight adventure bike with just 180kgs kerb weight. As the production-spec model is expected to be placed as a value for money offering, it may not have the high-end attributes such as the carbon fibre bits and custom exhaust.

The global premiere of the new Yamaha adventure bike is anticipated in the next year. While, its Indian emergence is still in darkness as there is no official from the bike maker. Well, the Indian automotive industry is going to witness the arrival of numerous adventure models in the next future. So, Yamaha India could also make its mind to bring this basic adventure bike to India. If company would shipped the bike to the Indian shores as Completely Knocked Down (CKD) kits and Semi-Knocked Down (SKD) units, it will be beneficial not only for the manufacturer but also for the buyers as it will become a cost effective offering. While, the arrival of Yamaha T7 as Completely Built Units (CBU) will make no sense, because it will make it a costlier option for the buyers and the competition is really tough here.