After collecting a lot of accolades by the dint of beautifully-designed double-jointed laptop: Yoga 3 Pro, Lenovo is bringing its smaller version, called Yoga 3 11. Here, the reports of Liliputing are suggesting that tech giant is all set to launch yet another 2-in-1 ultrabook to make its stronghold in the emerging segment of convertible devices.

As per the informant, widget will be identical to Yoga 3 Pro in terms of exterior and cosmetics, but it will bear an 11.6 inch FHD IPS display, whereas prototype model features a larger 13-inch QHD+ display with a high-class resolution. However, there is no information about device's pixel resolution and pixel density.

It has been claimed that machine will be powered with Intel Core M Broadwell processor, so it won't need an inbuilt fan for cooling during the execution as well as it won't produce any noise. The unannounced gadget might be commenced in two versions: Intel Core M-5Y70C CPU (up to 2.0GHz) model or Core M-5Y71 CPU (up to 2.9GHz) model. Notably, latterly mentioned edition will definitely render better performance than Yoga 3 Pro because its bigger sibling is arrayed with Core M-5Y70 chipset. 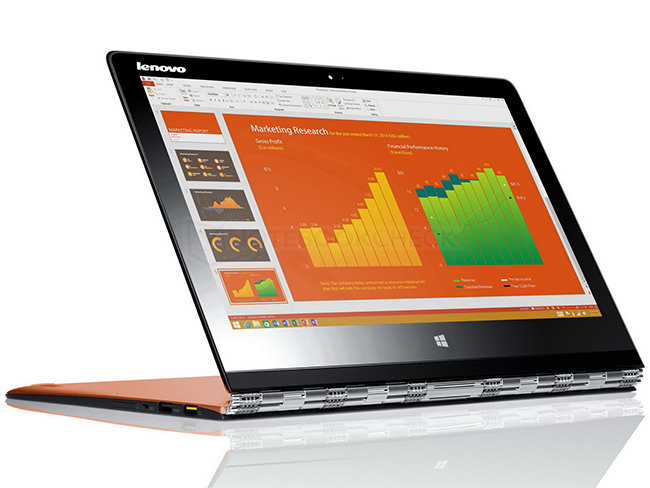 Moreover, device has been claimed to dispatch in different configurations such as 4GB to 8GB RAM and 128GB to 256GB SSD storage options, whereby users can choose the model as per their requirement. Talking about the pricing point, then it will go on sale with a starting price of $742, which will vary upto $1238 according to the configuration.

Though, this new member of Yoga family has been averred to be available in two color options: white and silver and it's rumored to make its first glimpse during CES 2015, but Lenovo is still-lipped about the new heir.