The much anticipated Samsung Galaxy S6 is again indulging in talks for its specs list. The Korean major seems very picky in developing its next flagship. The company has put its all efforts in engineering a device which would be perfect in each aspect. For that reason, company has recently decided to ditch the latest Snapdragon 810 for its Galaxy S6 handset. On the other hand, the company has also decided to improve TouchWiz UI for making it light.

The tech giant as reported by Digitimes will now be using its own Exynos SoC for the next flagship. However, the handset will not completely ignore the Qualcomm as around 10 percent Galaxy S6 will be packed with Snapdragon 810. Other 90 percent on the other side will use the Exynos chip. Qualcomm’s latest chipset was reported earlier for the heating issue which was considered as the delay in the launching of several leading brands’ devices. However, the chipmaker had later denied from such issue. The same chipset you can see in the LG G Flex 2. 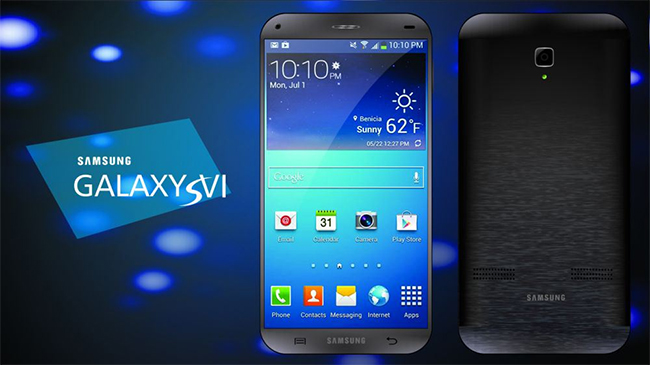 The Samsung Galaxy S6 is expected to launch at MWC in March 2015 and the maker is thinking to build it with amazing features. To make its hardware alluring and the interface light-weight, Company is improving the TouchWiz UI. It is said that the S6 will go into mass production from next month. It is reported by a Korean business publication that Samsung has plans to remove all the unwanted apps from its custom UI. Reason behind this recycling is the capacity improvement which couldn’t be possible without such reduction.

After this, storage will not be a big issue anymore as TouchWiz UI will not eat-up more inbuilt memory of the phones. The handset is being in talks from a long time for its display and features. It is rumoured that this device will bring dual edged display with amazing specs. However, just take them all as a grain of salt until the official announcement takes place.