HTC Hima aka One (M9) Approved by AnTuTu, Boasted to Glimpse at CES 2015

The hotly-anticipated amalgam of elegance and power: HTC Hima aka One (M9) again emerged at global village with some new hearsay and tidings. After being surfaced in a lot of leaks, this unannounced modish creation of Taiwanese giant is now rumored to be debuted at Consumer Electronics Show (CES) 2015, which is going to be held in Las Vegas from January 6 to January 9.

Notably, Steve Hemmerstoffer of Nowherelse.fr website has shared an image of company's long-rumored scion via Twitter, which is smeared with colors. And, a tag line, "#HTC #M9 #Hime #CES2015" has been tweeted by the informant along with teaser picture. Here, tweet is clearly suggesting about smartphone's arrival at CES as well as refutes earlier news about Mobile World Congress (MWC) 2015 launch. 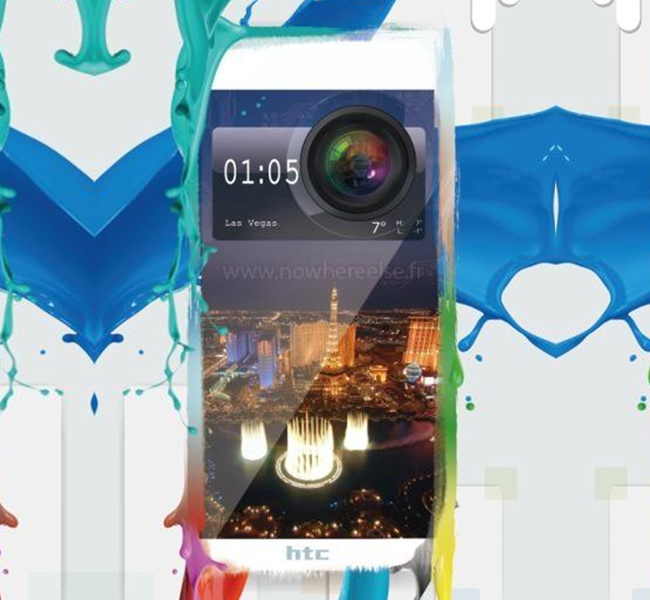 Apart from proclamation, this upcoming successor of aesthetically-designed mobile: One (M8) has been also spotted in database of AnTuTu Benchmark by famous tipster: @upleaks. Enclosed with a Model Number: HTC6535LVW, handset will be integrated with Qualcomm's octa-core 64-bit Snapdragon 810 processor along with Adreno 430 GPU.

The comprisal of 20.7-megapixel shooter on the back panel of device has also been mentioned as well as it will bestow a selfie snapper of 13-megapixel just like Desire Eye. Handheld will bear a decent 5-inch screen, which will render a pixel resolution of 1080x1920p. Rest of the listed specs include, Android 5.0.1 Lollipop with Sense UI 7.0 and 3GB RAM.

To remind you, previously it has been claimed by some sources that company is planning to roll out its Sense 7 UI customization for Android 5.0 Lollipop by the first half of next year. Click Here to know more about HTC Sense 7 UI. However, tech giant is still tight-lipped about its forthcoming devisee, but it has been confirmed in AnTuTu testing, so there is a high probability that device will see light of the day shortly.