Snapdragon 810 for Xperia Z4!! Caught on GFXBench with Specs

The long awaited Sony flagship namely Xperia Z4 is not taking pause from collecting bunch of rumours and leaks. Recently, the unannounced smartphone has received one more leak regarding its specifications. Credit goes to GFXBench which has given us a chance to check the innards of this much anticipated smartphone.

According to this leaked benchmark, a Sony device is listed with a model number E6553 which is expected as Xperia Z4. If all these leaks turn into true, then this handset would be the first device of the Japanese juggernaut with new high-end Snapdragon 810 SoC. Yes, the phone is leaked on the bench with Qualcomm’s octa-core Snapdragon 810 processor, and 3GB RAM will compliment the device with its seamless result along with Adreno 430 GPU. It is said to equip with 32GB built-in storage and the benchmark is showing 23GB which may be the usable storage limit for the alleged handset. 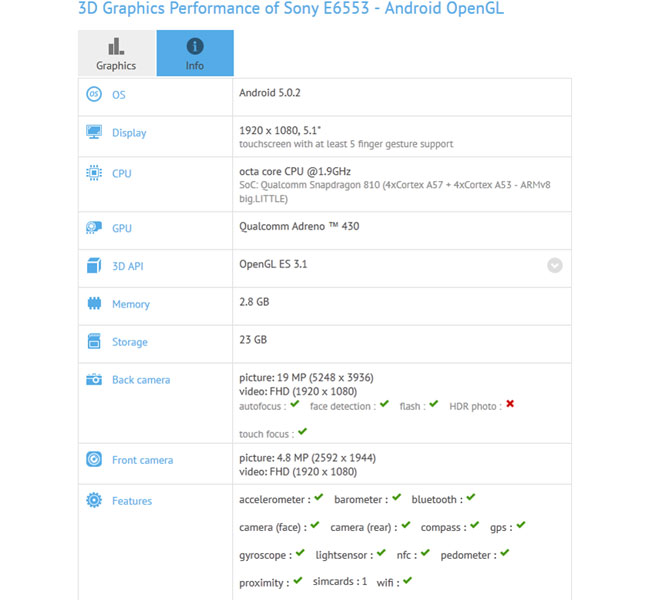 The upcoming Xperia Z4 handset is also speculated with a stunning 21-megapixel rear camera and a 5-megapixel front camera. Leak is also suggesting about the NFC, Wi-Fi and Android 5.0.2 Lollipop support. Accelerometer, barometer sensor, compass, gyroscope, and proximity sensor can also be seen in the device. As it was reported earlier that the device will show its glory in summer, we can simply wait for the device to come out from the shell.

Sony’s this upcoming flagship had really enjoyed the canards for its innards earlier and then, it collected different-different dates for the official release. First it was rumoured for CES 2015 and then for MWC 2015. But, both events came and gone without showing the glimpse of this anticipated device. However, the Mobile World Congress showed us Xperia Z4 Tablet in Barcelona. Click here to get the first impression of this new tablet. 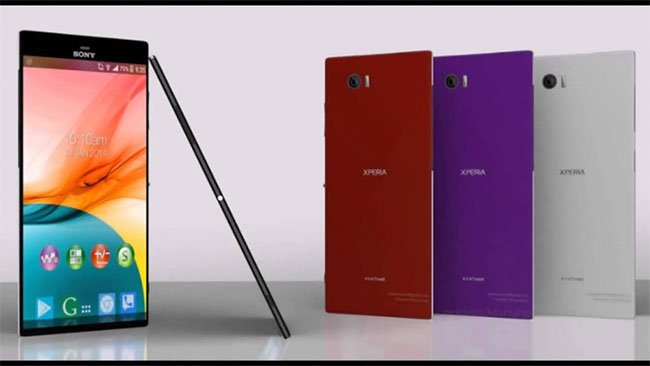 Indulging in several rumours with contradicting specs, this leak has suggested for 5.1-inch screen with full-HD (1920 x 1080pixels) resolution. Take them as a grain of salt though until the officials themselves won’t explore the information regarding the upcoming premium Xperia Z4 handset.

The Next Generation Xperia Series Smartphones Unveiled At MWC 2016
Views: 2360