The more powerful version of the Range Rover Velar had been in the development stage from last few months. Now the Land Rover has unveiled the Velar SV Autobiography DynamiC Edition which now renders better performance and more power.

Under the hood, the new Range Rover Velar SVAutobiography Dynamic Edition gets a more powerful 5.0-litre V8 Supercharged engine which has been developed by Land Rover Special Vehicle Operations. The engine churns out a maximum power of 543 bhp and 80 Nm of peak torque. The transmission duties are being performed by 8-speed which is available in automatic transmission. The SUV is comparable to cover 0-100 kmph in just 4.5 seconds whereas the top speed of the SUV is 274 kmph. 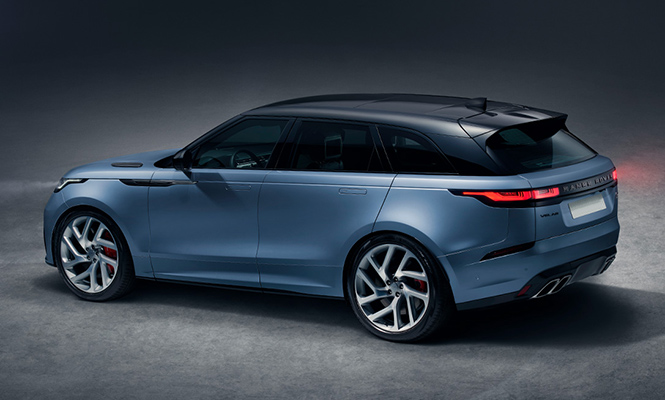 To control the SUV, it gets a 395 mm front disc brakes and 396 mm rear disc brakes along with two-piece construction which helps in conserving the weight of the vehicle. The SUV runs on 21-inch forged alloy wheels however the 22-inch alloy wheels variant is also available in SUV as optional.

The Range Rover Velar SVAutobiography Dynamic Edition is developed on All-Wheel Drive system(AWD) along with revised transfer box that allows the SUV to control the extra power. The company says that AWD system is capable to send power up to 100 per cent on the rear wheel.

The company mentioned that it took 63,900 hours to balance the handling, ride and responsiveness for creating perfect synchronisation. On the outside, the Range Rover Velar SVAutobiography Dynamic Edition comes revised elegant looks in terms of appearance. The Velar Dynamic Edition comes with a revised front bumper with having large air intake to cool down the brake system. 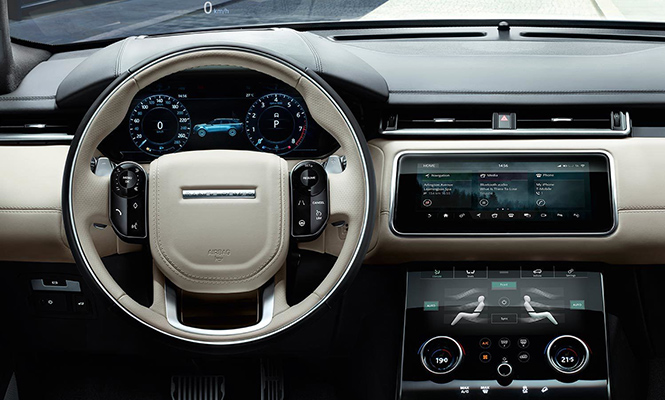 The front grille of the SUV is designed in a new way as well as gets a new bumper the rear side including lower side mouldings. Quad exhausts are placed on the rear side of the vehicle which makes sure that this SUV is not the standard Velar version. The new SUV has been equipped with a bespoke Variable Active Exhaust System along with valve technology to moreover tune the exhaust note. The Dynamic Edition is 7.1 kg light in weight rather than the standard version.

Coming to the interiors of the Velar SVAutobiography Dynamic Edition which has now twin-stitched, perforated and quilted Windsor leather along with 20-way electrically adjustable front seats with memory, cooling, heating and massage duties. Also, the SUV gets the sporty steering wheel dedicated with aluminium gear shift paddles with optional carbon fibre pack. While on the 12.3-inch interactive driver display the dials are cross crossed. 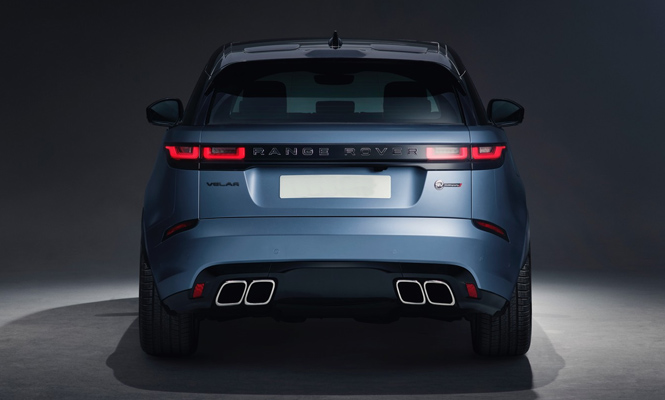 The Land Rover has not revealed the price details of Range Rover Velar SVAutobiography Dynamic Edition. It is being speculated that SUV will be launched in India as well and will be CBU routed. It is being anticipated that the Velar SVAutobiography Dynamic edition will be priced around Rs 2 crore (ex-showroom). The current model of the Velar is open in the price range of Rs 80.92 lakh to Rs 1.41 crore (ex-showroom).