Tata Motors Declares Price Hike on All PVs from April 2019

Tata Motors on Saturday confirmed the price hike on its entire passenger vehicles (PV) range by up to Rs 25,000, from the beginning of April except for its best-selling model Tiago. The year 2019 has witnessed this hike for the second hike, within the period of just three months, the first being spotted in January 2019 when the company elevated car prices by ₹ 40,000 in India.

Every consumer will bear this increased price label respective of the model they choose to buy and the city they live in. Not only Tata but many more car companies will harbor with a high price in April. But the increment in the cost of all Tata cars and SUVs is barred to Rs 25,000.

The selected model of Toyota and Jaguar  Land Rover will also accompany Tata in the price hike from April. While Toyota has not precisely declared the quantum of inflation, JLR confirmed the 4% upsurge in the price.

In December, Most of the OEMs (original equipment manufacturers) had declared the arrival of updated increased prices from January 1, 2019. But the poor sales of hatchbacks led the manufacturers to give huge discounts & offers in order to dwindle the inventory backlog present in the dealer showrooms. 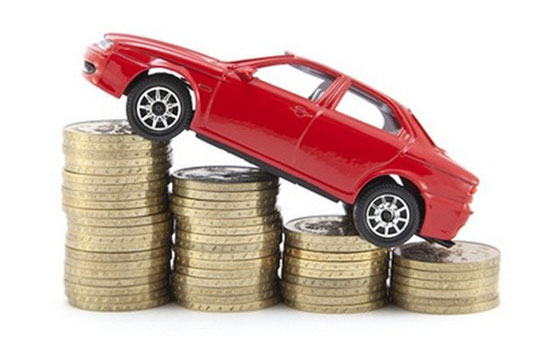 The hike in prices is due to rising input costs and external economic factors, according to Tata Motors. There is a change in the market and economic conditions with the rise in input costs including commodity prices and even freight charges. The contribution of all these factors has constrained the carmakers to overhaul the price on every single passenger vehicle of the portfolios. These increased prices will offset the impact of frequent variations in the input costs to some extent and will ultimately be born by the consumer

Discussing the forthcoming price hike, Mayank Pareek, President, Passenger Vehicle Business Unit, Tata Motors said, "The changing market conditions, rising input costs, and various external economic factors have compelled us to consider this price increase. We are confident of maintaining our growth trajectory in the coming months on the back of our robust portfolio consisting of segment-leading products like Tiago, Hexa, Tigor, Nexon, and the Harrier."

Read Also:- Get To See The All New Tata Hornbill Micro-SUV

Prices of all the models are anticipated to rise, including the Tata Harrier, recently launched in India in January 2019. The automaker currently deals in many PVs ranging from the Nano to premium SUV Hexa priced between Rs 2.36 lakh and Rs 18.37 lakh.

Tata Motors have strived to attenuate the effect of high input costs and altered economic conditions on its customers by bearing a major part of this increment itself and forwarding the rest increment to its consumers which are restricted to Rs 25,000. All the authorized dealers will get the updated prices of all Tata vehicles at the beginning of April.

Tata Motors to Stop the Production of Nano
Views: 1650