Last Year, after the initial growth in sales, the Luxury car market experienced a steep fall in the second half due to some more significant factors. As a result, in order to cover up the loss, the Carmakers came up with Brand New Models this year so that the ‘loss in sales’ could be rectified.

Globally, the performance of the Luxury carmakers have been appreciable but looking at their performance in India, 2018 proved to be challenging. Unlike the developed markets where the purchase of luxury vehicles are on a high and are around 5-6 percent of the overall market, the condition of their share in India is considerably poorer and amounts to 1 percent.

There were several factors which affected the Demand of the Luxury cars in India in 2018. The factors included:

All the above-mentioned factors are collectively responsible for the lowering of demand of the luxury cars in India in 2018. The overall increase in volume was just by 3 per cent as compared to the sales in 2017. The overall volume in units is 40,688 units which were 38,989 units the last year.

Besides the first half of the Calendar year, 2018 witnessed a good hike in sales, the second half came under the influence of the macroeconomic forces which affected the number of overall units sold. Later the year, on September 1, the Supreme court of India in one of its decisions made it mandatory for all car owners to take a three-year Motor insurance cover. This affected the price of the cars and thus, as a result, the price of cars went up making them yet dearer.

"Although volumes have increased, growth could have been even higher if not for challenges such as a change in duty structure and lending issues. Because of the liquidity crisis at non-banking financial companies (NBFCs), lending has become very difficult, not just for the customer but also for dealers who use the money to purchase vehicles from manufacturers. As a result, the overall atmosphere is not currently conducive. It will take some time for the market to deal with the fact that this is the new normal," a senior executive at a luxury carmaker told Autocar India.

The Car which remained in demand most was Mercedes-Benz India. Next to it stood the German rivals BMW and Audi. The other car which stood next to them were the British carmaker Jaguar Land Rover followed by the Swedish carmaker Volvo also the performance carmaker, Porsche.

Mercedes, as we know is the pioneer in the Luxury car market segment and enjoys a leader’s position in terms of customers and sales. Mercedes-Benz India marked a record selling of 15,538 units in the Calendar year 2018 and later revealed a Year over year growth of 1.4 percent. The Mercedes-Benz India witnessed great demand in the first half of the year but later in the second have a decline in the overall sales growth was seen.

The sluggish growth in the sales of Mercedes-Benz India, affected the sales globally as Mercedes captures a large share in the total market. Apart from the low rate of sales, Mercedes was declared as the country's highest-selling luxury carmaker. The Brand has been declared as the highest-selling luxury carmaker 2018. It is for four consecutive times the Company has got the pride to be declared such. It enjoys a 38 percent market share.

“We are satisfied with our sales performance in 2018 despite facing strong macroeconomic headwinds in H2 (second half), resulting in low consumer sentiment that posed significant sales challenges. We, however, made a strong comeback in the Q4 period (October-December) and were able to achieve a year-on-year growth," said Martin Schwenk, the MD and CEO of Mercedes-Benz India. 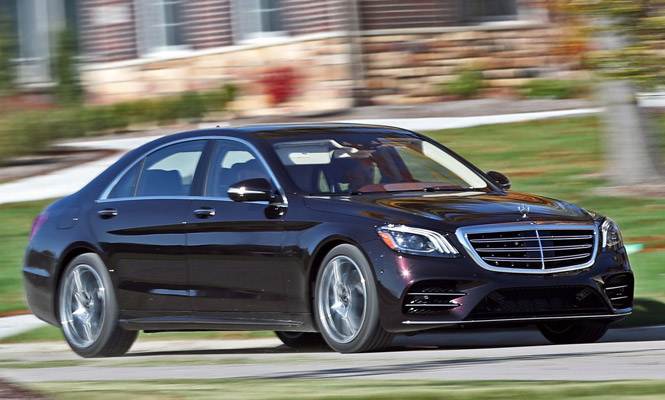 The Models which contributed to keeping the demand and sales on track in the year 2018 were the long-wheelbase E-Class and C-class sedan. Amongst these, the long-wheelbase E-Class remained in utmost demand and became the highest selling model for the brand in the year 2018. The Brand also witnessed great demand for its C-class sedan, the Big car. Mercedes SUV this year has been the GLC.

According to sources, Mercedes-Benz India has plans to come up with around 10 of its new models this year, thus maintaining a strong product momentum. The First model for this Brand would be the V-Class MPV, which is going to be launched on January 24, 2019.

The German carmaker, BMW Group India, has shown its potential and have managed a sales of 11,105 units including its MINI and is a success in recording a 13 percent growth last year. In totality, 10,405 units of the BMW model was recorded as sold which contributed almost 11 percent of the overall sales. BMW informed that the contribution of 5 Series and the 6 Series GT was significant and cannot be denied.

The locally-assembled SUV range had been in great demand and has a contribution of over 50 percent to the overall sales. X3 had been in utmost demand. The news is there regarding the new X4 and X7 which has its Assembling plant in Chennai and will be assembled there. 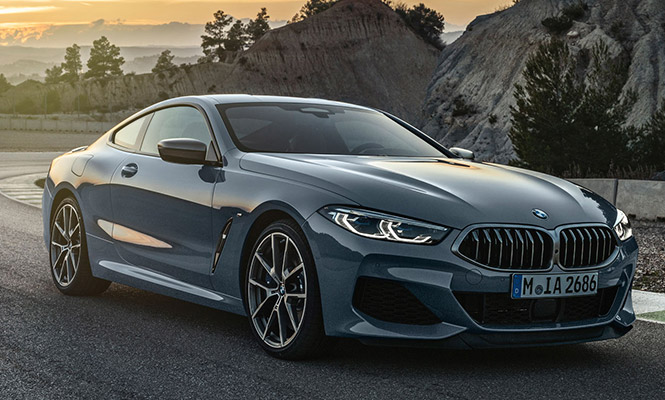 The BMW plan for this year seems that the Brand is going to come up with 10 new models and also two facelifts are being talked upon. BMW managed its sales by bringing its attractive assembled products in the market which are really liked by the car riders.

BMW looks to start its new year with the launch of the X4 which would include the new BMW 3 series. Apart from these the company is all set for the year and is coming with lots of its products like the new X5, X7, X6, X4M, X3M, Z4, M8 Coupe, M8 Cabriolet, 7 Series facelift and X1 facelift. The BMW retained, Mini brand, was a success in selling 700 units in 2018, bases this it marked a record growth of 66 percent although at a low rate. The highest contribution in this 60 percent growth of the overall volume was of the MINI Countryman and the three-door hatchback accounted for 60 percent of overall volumes.

Audi, however, was not able to manage the overall growth last year and showed a downfall of 18 percent year over year growth. It closed to 6,463 units as compared to last year’s 7,876 units. The Company struggled to maintain its growth after the GST implementation in India and this has been the second year in the downfall of the growth rate and the closing of a year with a loss with a heavy margin. Due to the GST implementation, the rates of the car became dearer and thus affected its sales. In the year 2017, the company reported a 2 percent growth for the year.

The reason, the Company declared for the low sales is the closing of its one of the largest dealership based in New Delhi. The carmaker explained that maximum orders had been coming from that dealership and its closure has affected the sales considerably.

Further, the brand discussed Europe's shift towards Worldwide Harmonised Light Vehicle Test Procedure (WLTP) for testing new vehicles against emissions and fuel consumption. This led to the delay in bringing the new models to the market for sales.
The new testing procedure is such that it takes a test on individual models and thus the entire process has become time-consuming. 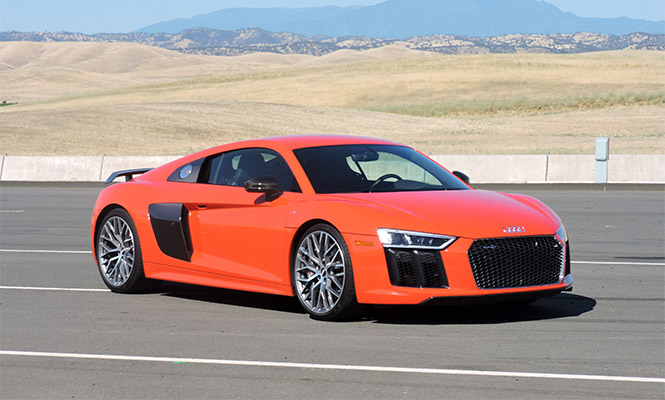 Audi India launched a few models in 2018 as compared to its competitors. Last year it came up with its Q5 petrol and diesel, RS5 Coupé along with two special-edition models, each for the Audi Q3 and Audi Q7.

"2018 was surely a challenging one for the auto industry in India, especially in the second half of the year. The luxury segment was under pressure owing to financial market development, changing customer sentiment and changes in tax policies. We faced some unforeseen business challenges during the year, which led to reduced deliveries for 2018," said Rahil Ansari, Head, Audi India.

Audi India, despite all the setbacks and bad sales performance since the last two years, has expressed its hopes and expectations from the new year that the company would make it up. The models like the all-new A8 and the updated Audi R8 are lined up for launch. Plans are there to introduce all-electric E-Tron in India which would bring the brand back to the competition.

2018, which had been a bad year for many brands, at the same time Jaguar Land Rover India, recorded a splendid growth and success this year. The sales were on a high and it amounted to 4,596 units which are its all-time high sales. The growth rate as compared to its last year i.e., 2017 is marked as 16.23 percent. The SUVs of the brand accounted for almost 50 percent of the sales. Discovery Sport, Range Rover Evoque, and Jaguar F-Pace along with the XE and XF were the most decisive in the increased sales growth rate. 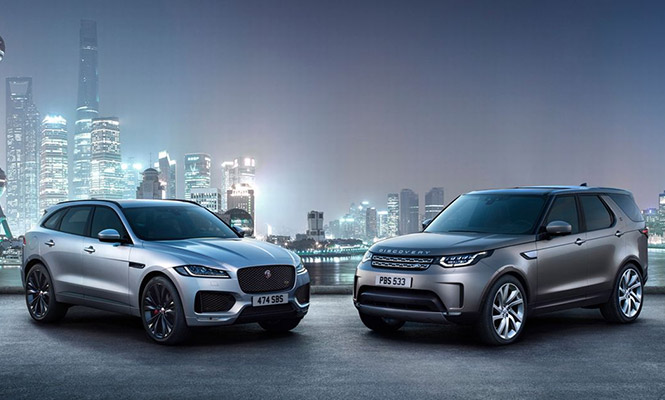 “The auto industry faced strong headwinds in 2018, especially in the second half with tight liquidity conditions, increased upfront insurance costs and increased lending rates. Despite that, the growth of Jaguar Land Rover in India has been very encouraging," said Rohit Suri, president and MD, JLR India.

The Swedish carmaker Volvo India topped among all the luxury carmakers and has recorded the highest growth rate. It was a success in selling 2,638 units as compared to 2017’s 2,029 units which were upto 30 percent year over year growth. The XC60 and new XC40 were among the most sold SUVs. 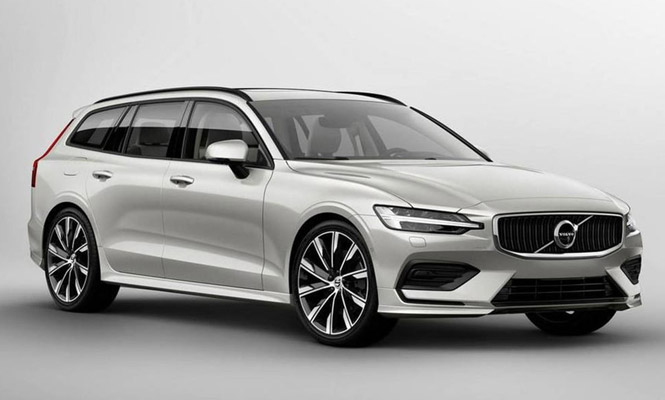 The luxury automakers are expected to launch its all-new S60 by the end of 2019, in competition to the other top brands like the new BMW 3 Series, Audi A4 and Mercedes-Benz C-class. Expected the company would earn a competitive advantage over the others. Along with the fresh launches, the company also plays in the assembly market and thus has recently announced plans to get the plug-in hybrid variants of its flagship SUV, the Volvo XC90 assembled at its Bangalore by end of 2019. The Company also informed regarding its four new plug-in hybrids which would be brought to the market for sales in the coming three years. As electric vehicles are in trend thus, a new all-electric model would be introduced just after its International launch, informed the Sources.

The Carmaker brand has not performed up to the mark in the year 2018 as compared to its last year’s performance. As compared to 2017’s 435 units the company in the year 2018 is a success in selling just sold 348 units, i.e., down by 20 percent. Traditionally, the Cayenne range has been known for its diesel based engines, thus this time the sales got affected. 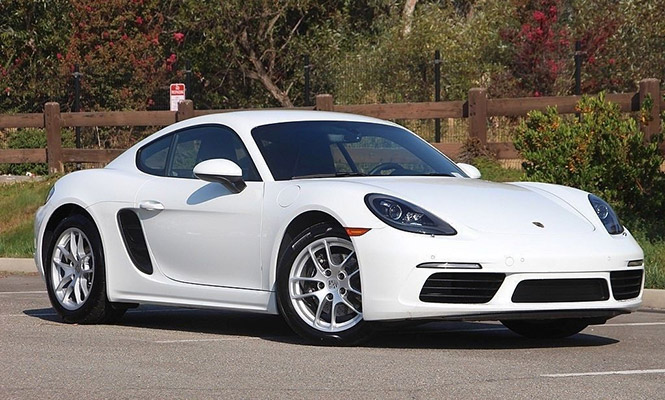 The German Car brand, Porsche had launched the third-generation Cayenne in India but the car was deprived of the option of a diesel engine. The brand is now concentrating on petrol and the Hybrid variants to make it stand different and better in the market.

Efforts are now being made to launch the Macan facelift around February 2019.

The people who observe the market closely and deeply are looking very optimistic for the year. Though the luxury vehicle segment may face several challenges this year. The market and Customers are hopeful that they would be offered some good models and varieties for making their ultimate choice in 2019.

Check Out: Top 5 India Made Luxury Cars on The Occasion of Independence Day 2018
Views: 1434

Have A Look At Rolls Royce Vision Next 100: The Future Of Luxury Cars
Views: 7035